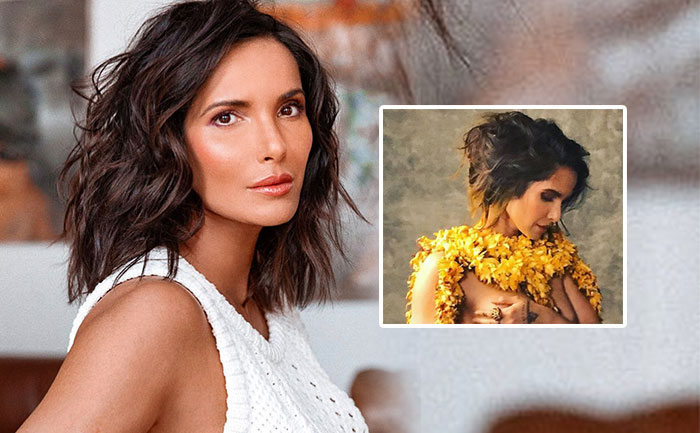 American author and actress Padma Lakshmi has hit the headline once again as she posted multiple topless picture of herself on Instagram. With millions of followers on social media, Padma Lakshami makes sure to keep her audience entertained at all times.

The Top Chef  host, took to her Instagram handle and shared the BTS photos that she shot for Vogue India Magazine. She wrote, “New year, same me 💛 (@vogueindia) #bts”

In the photo above, she can be seen sporting a beige skirt and a yellow garland of flowers that is wrapped around her neck and hands. She also flaunts her tattoos and her accessories along. She completed the look with a messy bun and a smokey-eye.

On the other note, In December, New York magazine shared a picture that had a celebrity cartoon takeover issue inspired by her. However, the publication tagged Bollywood actress Priyanka Chopra instead of Laxmi. Later, she shared the photo on her feed and wrote a witty caption, “Thank you to the illustrious “@nydailynews” for the shoutout 😉 I know to some we all look alike, but 🤷🏾‍♀️… #desilife #justindianthings”

During an interview with Bravo TV, the model turned actress spoke about double standards and said, “I really think that it’s kinda bullsh** that Instagram will put little stars or whatever on your nipples [to censor them] but men can go topless left and right. I find that sexist. We’re so afraid of female sexuality in its raw and natural form. We’re okay with it being silicone-out and retouched but an actual woman’s real body is, I think, one of the most stunning forms in Mother Nature. So what’s the big deal?”