The Big Bull: Abhishek Bachchan shares the first intense poster of the film 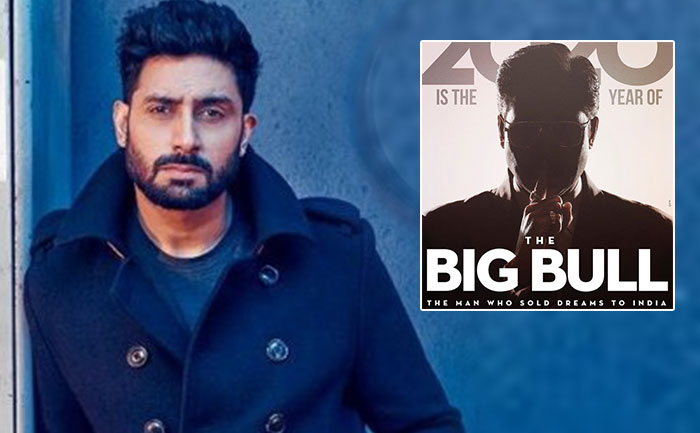 Bollywood actor Abhishek Bachchan, who was last seen in Anurag Kashyap’s Manmarziyaan opposite Taapsee Pannu and Vicky Kaushal, will next be seen in The Big Bull. Taking to social media, Abhishek Bachchan has shared the first look poster of his upcoming The Big Bull on Thursday.

Check out the first look poster:

A source quoted as saying to Mumbai Mirror, ”The story of the film is based on real events that took place between 1990 and 2000 and changed India’s financial fabric. Ajay loved the subject and immediately agreed to back it. Ileana has a very strong role in the film but isn’t paired opposite Abhishek“

Apart from this, Abhishek will also be starring in Anurag Basu’s Ludo alongside Rajkummar Rao, Aditya Roy Kapur, Fatima Sana Shaikh, Sanya Malhotra, and Pankaj Tripathi. The first poster of the film was released a few days ago and it will release on April 24 and also in Bob Biswas, a spin-off on the serial killer by the same name from the film Kahaani. The movie is directed by Annapurna Ghosh and produced by Shah Rukh Khan under banner Red Chillies Entertainment.