Check Out The Incredible Journey Of Aishwarya Rai Bachchan Aishwarya Rai is one such actress in Bollywood, who is known for ruling million hearts with her stiller onscreen performances. Her incredible transformation right from her modeling days to her Bollywood films, she has inspired millions of people. Here, we take a look back at her amazing journey from modeling day to becoming a top actress in Bollywood.

Aishwarya Rai had become an overnight sensation and the world bowed before her when she had won the Miss World title in 1994. The actress was just 21-year old when she won the pageant. In several interviews, she had even confessed that after doing several television commercials, she got an inspiration to participate in the Miss India pageant. And rest we all know, how she went on to become the diva of Bollywood. 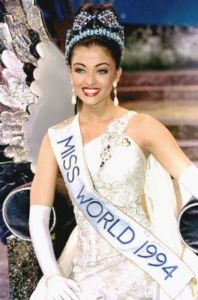 After garnering the fame from Miss World pageant, Aishwarya Rai tried her hands at acting. Several filmmakers and the directors wanted to sign Aishwarya for her growing popularity. She had made her acting debut with Mani Ratnam’s Tamil film ‘Iruvar’ in 1997. The film was a critical success and also won several awards among others. Soon, she made her debut in Bollywood with film release in ‘Aur Pyaar Ho Gaya’ in the same year. The film starred Bobby Deol and it was helmed by Rahul Rawail. 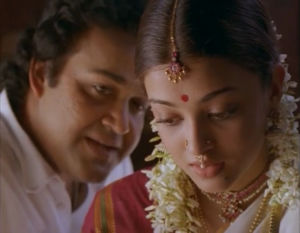 Although, she had garnered the attention from her first two films, Aishwarya Rai wasn’t still a household name. She was not regarded highly as an actress. Soon, when she appeared in Sanjay Leela Bhansali’s film, ‘Hum Dil De Chuke Sanam’, she won her critical acclaim for the portrayal of unconventional role. She shared the screen space with Salman Khan and Ajay Devgn and she was highly appreciated for her performance in the love triangle. Soon, she wooed the audience with her excelled performance in ‘Taal’, which starred Anil Kapoor and continued mesmerizing the audience with her onscreen presence. After delivering some of the hit films such as ‘Devdas’, ‘Taal’, ‘Josh’ and ‘Mohabbatein’, she had become a household name in India. The actress then went on to try her hands at Hollywood projects. She appeared alongside Martin Henderson in ‘Bride and Prejudice’ in 2004. And soon she released her film, ‘The Mistress of Spices’  with Paul Mayeda Berges in 2005. The pretty lady portrayal as a victim of domestic violence in ‘Provoked’ and her performance was received positively all across in 2007. Aishwarya Rai got married to Abhishek Bachchan in 2007, and the couple hosted a grand wedding ceremony for their family and friends. Her father-in-law actor Amitabh Bachchan announced her pregnancy on social networking site. Aishwarya Rai was honoured with the Padma Shri Award in 2009 for her contribution towards Indian cinema. The award ceremony was attended by her family members.