Bollywood Actor, Akshay Kumar Rings In His 53rd Birthday Today. Ajay Devgn Has Got A Sweet Birthday Wish For Him 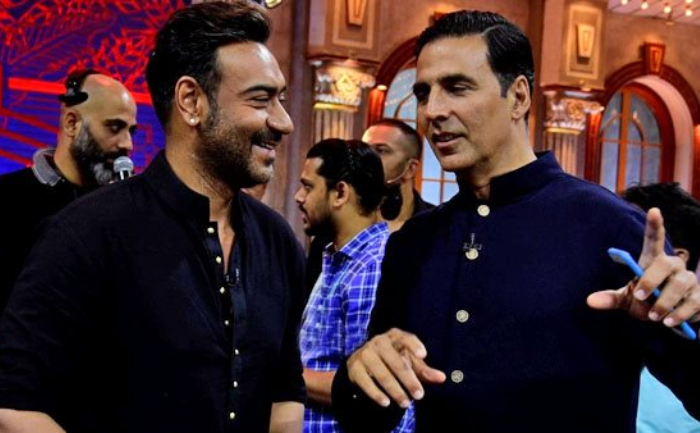 Akshay Kumar is celebrating his 53rd birthday today. The handsome hunk has been receiving best wishes from all across on social media, including several Bollywood celebrities. His ‘Suhaag’ co-star Ajay Devgn too shared a sweet birthday wish on his special day.  But what caught much of our attention was their throwback picture.

Ajay Devgn took to his Twitter handle and shared a throwback picture with the actor. Both the stars can be seen having a deep conversation and the picture is from one of their shooting sets.

Here, take a look at the Devgn’s Birthday wish for the star.

Happy Birthday Akki. I know it’s an on set birthday in Scotland. Stay safe. Best wishes for all times to come🎉@akshaykumar pic.twitter.com/iwPNxnLTOe

Ajay Devgn and Akshay Kumar surely shell out some major friendship goals for their fans.

Currently, the Khiladi Kumar is celebrating his Birthday in Scotland, as he went there for the shoots of his upcoming flick, ‘Bell Bottom’. Today the makers of the film have unveiled a new retro look of the superstar as a gift for his fans.

On the work front, both the stars will be soon seen sharing the screen space in Rohit Shetty’s directorial, ‘Sooryavanshi’. The film has been delayed for the theatrical release due to the COVID-19 Lockdown. The movie also stars Katrina Kaif in a key role and has Ranveer Singh in a cameo.