Alia Bhatt treats her fans with adorable pictures as she celebrates her grandfather's birthday. Riddhima, Neetu and Ranbir Kapoor joined them at the party 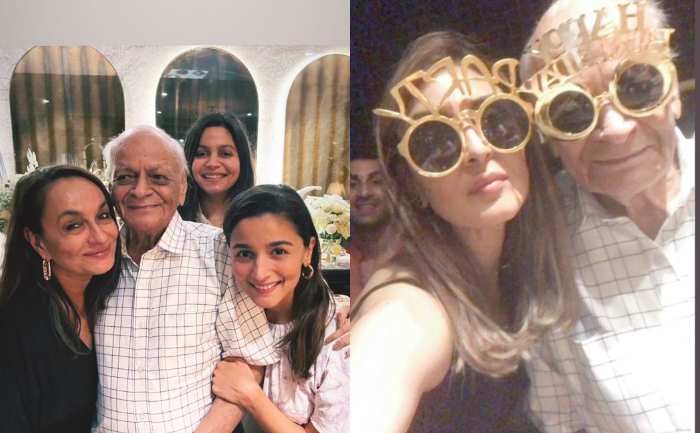 Alia Bhatt and Ranbir Kapoor have been busy prepping for the release of Brahmastra. The actress recently treated her fans with the adorable pictures from her party, as she celebrates her grandfather’s Birthday. Accompanied Alia was Riddhima, Neetu and Ranbir Kapoor at the house party. In the inside pictures, they appear having a gala time together.

Soni Razdan’s father rang in the celebrations of his 93rd Birthday on Wednesday. Thus the Bhatt family celebrated the occasion beautifully together. Ranbir’s sister Riddhima and mother Neetu Kapoor took to their Instagram stories to share the inside glimpses from their lockdown low-key party. Alia struck a pose with Shaheen, Samara, Riddhima, Neetu Kapoor, her grandfather and mother Soni. Beau, Ranbir Kapoor can be spotted having a gala time in the backdrop of one of her pictures. We wonder if you can spot him.

Check out all the pictures here: 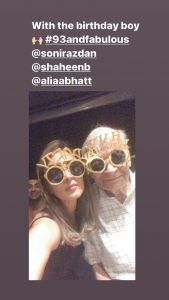 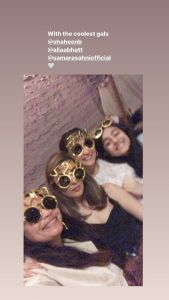 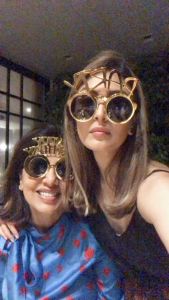 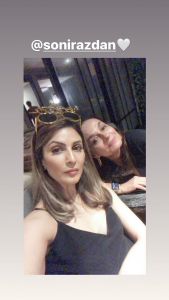 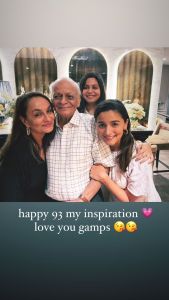 For the unversed, Alia Bhatt and Ranbir Kapoor have been making headlines for being dating each other for two years now. During the lockdown, the duo was spotted stepping out of her house, which led to the speculations of them living together during the lockdown. The alleged couple will be seen sharing the screen space for the first time in a full-fledged film- Ayan Mukerji’s directorial Brahmastra. This one also features an ensemble cast- Amitabh Bachchan, Dimple Kapadia, Mouni Roy and Akkineni Nagarjuna.

Jacqueline Fernandez to move-in to a new house with BF soon?