Here's everything you should know about Kareena Kapoor Khan's cousin and Shashi Kapoor's granddaughter- Aliya Kapoor. Kareena Kapoor Khan’s cousin and former actor Karan Kapoor’s daughter Aliya Kapoor is currently hitting the headlines. She is the granddaughter of legendary Shashi Kapoor. Ever since her pictures have been doing rounds on the internet, the netizens have been curious and excited to know more about her.

Aliya has always been away from the limelight and paparazzi. Currently, she lives in London and is enjoying her life far away. She is quite active on social media and is often seen treating her fans with stunning pictures of herself with her fans.

Aliya was born and brought up in London and has finished her education in the UK. She also has a younger brother, named Zak Kapoor.

Aliya’s father Karan tied the knot to an English model Lorna Tarling Kapoor in 1978 but later got divorced in 1993. Later, her dad took to photography as a profession after he tried his luck in the Bollywood industry and acted in films like ‘Junoon’, ’36 Chowranghee Lane’, ‘Loha’ and many others. Currently, he is considered one of the world’s top photographers.

Reportedly, Aliya is close to the Kapoor family in Mumbai and had even accompanied her father Karan Kapoor to Pataudi Palace for Kareena and Saif’s son Taimur Ali Khan’s first birthday party. Without any further ado, here are pictures of the gorgeous diva that will make you go WOW! 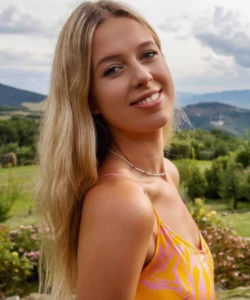 BTS’s Film Out Becomes The No. 1 Music Video In The World On YouTube