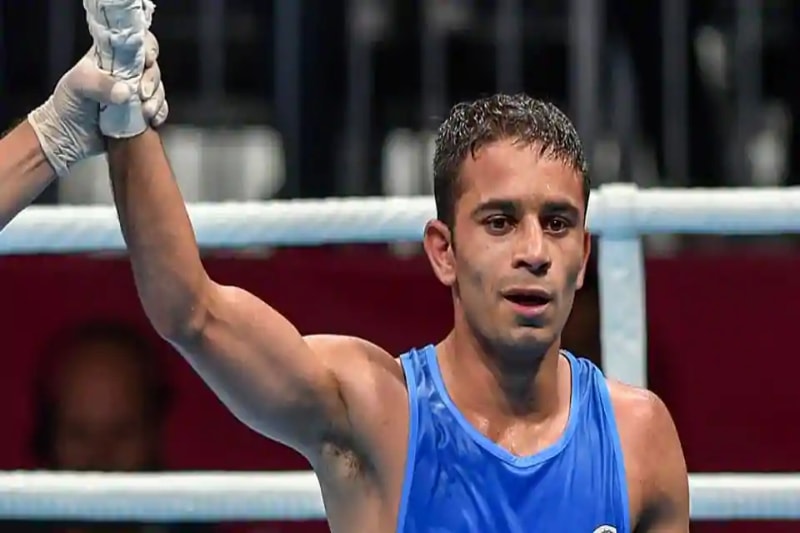 A split decision helped boxer Amit Phangal get the better of Olympic champion Hasanboy Dusmantov at the 18th Asian Games in Jakarta on Saturday.

A tough final ensued between the two but Phangal didn’t give up easily even when Dusmantov tried his best to outdo the 22-year old.

Being the only remaining boxer to make it to the final thus made sure that he didn’t return with anything less than the top prize. Phangal’s gold in the Men’s Light Fly category (49kg) thus pushed India’s medal tally to 66, which is the best ever achieved by the country at the Asian Games. In the 2010 edition in Guangzhou, India had ended their campaign with 65 medals.

After an even first round, Phangal seemed to hold his ground against the Uzbek and he even landed a few blows even while his decorated opponent failed to come up with some of his own. It was Dusmantov, who had halted Phangal’s run at the Hamburg World Championships in a closely contested semi-final. But this time, the 22-year old didn’t let history repeat itself as he upstaged the Uzbek. India’s other medal in boxing was from Vikas Krishan who got the bronze medal after he was deemed unfit for the semi-final match. During his pre-quarterfinal match, Krishan suffered an injury in the eye which further worsened in the quarter-final where he faced China’s Tuoheta Erbieke Tanglatihan.