The limited-edition Animal Crossing: New Horizons Switch Console Is Up For Grabs Today 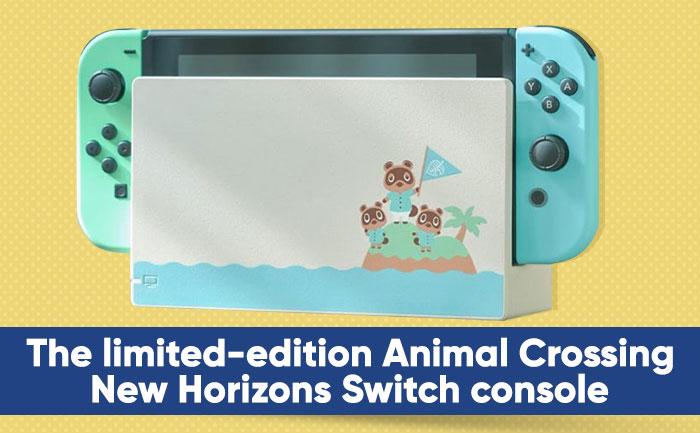 The newest installment of Animal Crossing series, titled New Horizons, is scheduled to arrive in week. Anticipations is high among the Animal Crossing fans and New Horizons has been topping the merchandise sales for months. However, fans of the series now have something new to obsess over.

Animal Crossing has been a critical and commercial success and has sold over 30 million units worldwide. The series has spawned three spin-offs: Happy Home Designer for Nintendo 3DS, Animal Crossing: Amiibo Festival for Wii U, and Animal Crossing: Pocket Camp for mobile devices.

In the game, the player’s character is a human living in a village inhabited by various animals. They carry out various activities such as fishing, bug catching, and fossil hunting. The series is notable for its open-ended gameplay and extensive use of the video game consoles’ internal clock and calendar to show real passage of time.