Anushka Shetty Reacts To The Viral Wedding Picture With Prabhas-View

'Baahubali' Fame Anushka Shetty Reacts To The Viral Wedding Picture Of Her And Prabhas. The Picture Is From One Of Their Movie Sets. She Says That The Movie Is Close To Her Heart 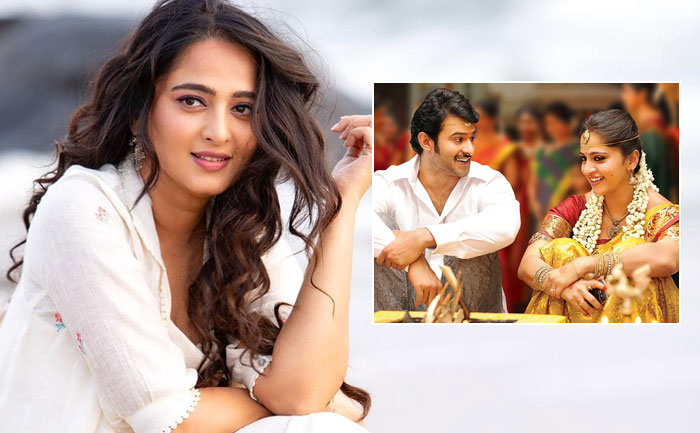 ‘Baahubali’ fame, Anushka Sharma recently marked her debut on micro-blogging site, Twitter. She has been posting interesting updates about her upcoming film, ‘Nishabdham’. On Sunday, she hosted a Q&A session with the hashtag #AskAnushka and answered a few fan questions. In one of her posts, she reacted to a wedding picture of her and Prabhas, which is from the sets of their movie.

When one of Anushka’s fans had asked her about collaborating with Prabhas, she stated that she would love to, if the pairing is required for any of the films. Further, when another fan asked Anushka to react to the wedding picture, which is from the sets of Mirchi, She stated that the candid picture was taken when they were discussing the shot. The candid pic made a beautiful poster for the film. Check out her tweet replies to her fans, here below.

hi if a script comes by with the pairing required for the story …I’m sure …would love to thank u for the love all of you out there,#AskAnushka #NishabdhamOnPrime https://t.co/dAc3UFjXMc

a candid pic taken when discussing the shot made a beautiful poster for mirchi .. a movie close to my heart uv creations first movie pramod,vamsi,vikki🥰🙏 https://t.co/07i7cyBLzN

Anushka Shetty and Prabhas have shared the screen space in four of the film, ‘Billa’, ‘Mirchi’, ‘Baahubali: The Begining’, and ‘Baahubali 2: The Conclusion’. And their pairing is considered to make films rock at the box-office. The actress most recently released her film, ‘Nishabdham’ on OTT streaming giant, Amazon Prime Videos. The film also featured R. Madhavan in the key role. The film has been helmed by Hemant Madhukar and it is bankrolled by Kona Venkat.