Here's everything you should know about Tik Tok and Television personality Avneet Kaur. 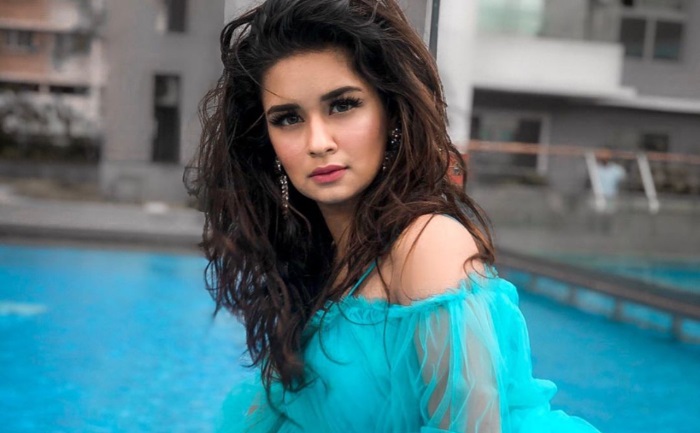 The social media queen did her education from Police DAV Public School, Punjab and completed her 10th in Oxford Public School.

Avneet started her career at a very early age. At the age of 11, she stepped into the television industry with the dance reality show Dance India Dance Li’l Masters in 2010 in which she ranked among the top-3 contenders.

In the year 2012 in June, she participated in ‘Jhalak Dikhhla Jaa 5’ in which she was partnered with the ‘Taare Zameen Par ‘actor Darsheel Safary. Kaur made her acting debut with ‘Meri Maa’ as Jhilmil and later was seen in ‘Savitri’, as Young Rajkumari Damyanti. In 2013 as Young Pakhi in ‘Ek Mutthi Aasmaan’

Kaur started her film career as a child actor with the 2014 film ‘Mardaani’ with the role of Meera and also a part of ‘Mardaani 2’. She then portrayed the role of Khushi in ‘Hamari Sister Didi’. In 2018, she played Nikki Babbar in web series, ‘Babbar Ka Tabbar’, and its sequel, as a part of Zee5 originals.

Calling me cute is nice, Calling me hot is great, Calling me YOURS is all I want.❤️? Top- @amorecoutureofficial

The actor was also a part of a music video titled Labdiyaan by Malaa Treon in 2013 and since then she has been a part of many music videos. Avneet’s latest music video was Kaali Meri Gaddi by Ramji Gulati in 2019.

Currently, she is playing the role of Princess Yasmine in SAB TV’s ‘Aladdin – Naam Toh Suna Hoga’ opposite Siddharth Nigam and in 2019 she appeared as a guest in Colors TV’s ‘Kitchen Champion.’

She is also a social media sensation and has gained over 11 million fans on Tik Tok and nearly 8 million on Instagram as well.

In her career, Avneet has been quite active on the scene and dealt with her struggles and pressures extremely well. However, now Avneet Kaur has made her name on TikTok and as a YouTuber.