Baaghi 3 Movie Review: Too much action, too little plot

Tiger Shroff's 'Baaghi 3' is the most anticipated films of the year. Here's our review about the film. 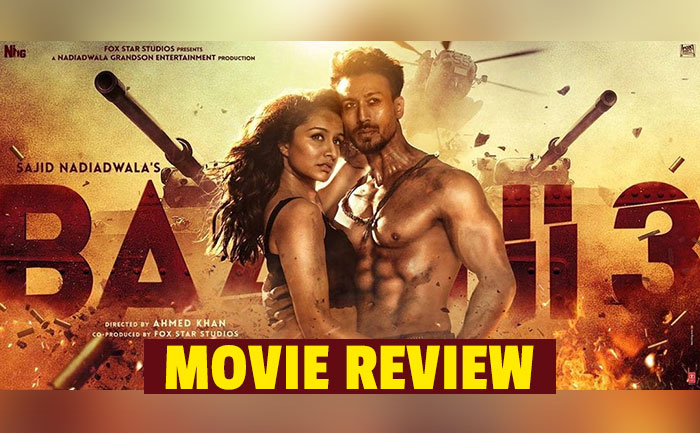 STORY: ‘Baaghi 3’ is about an unbreakable bond shared by brothers Ronnie and Vikram. How Vikram is kidnapped on a trip and beaten by the terrorist in Syria. Ronnie witnesses his brother getting beaten and kidnapped by ISIS, he knows that he will do whatever it takes to destroy anyone and anything that stands in the way of Vikram’s safety. Ronnie decides to go on a rampage of destruction to see his brother safe again, even if it means that he independently has to take on an entire country.

REVIEW: ‘Baaghi 3’ is an all about action and between an inseparable bond of two brothers. Tiger Shroff aka Ronnie has only one duty and that is to appear out of nowhere whenever his elder brother Riteish Deshmukh aka Vikram calls him for help. His only motive is that if you harm his brother he will kill you.

Talking about Tiger Shroff, he has given a tremendous action scene more than once, seeing that you will cheer. But, at some point, the action grows so much that you might need a pause from the movie. Basically, all you can see is Tiger jumping from one place to another.

Riteish Deshmukh’s role could have been a little better. He somehow joins the police force because his younger brother urges him and the oddest part is that Ronnie does all the bone-breaking and Vikram gets all the credit for it.  Whereas, Shraddha Kapoor in the movie did not quite shine either. In the first half, she was all about the gaali’s and you can see here going to places just for the sake of network.

There was so much action in the movie that Shraddha and Tiger’s romance was missing as well. I mean, you might get a bit confused about how Tiger and Shraddha become a couple out of nowhere. In the second half, you can see Ronnie and Sia going to Syria to rescue Vikram and does whatever it takes to rescue his brother.

Syria’s set up in the movie is very strong. The dialogues in ‘Baaghi 3’ were quite weak and so was the dubbing which was quite visible in the movie. There weren’t too many songs as well. Apart from action, the film can also be considered a good film in terms of location. Speaking about the director Ahmed Khan it looks like he mainly focused on the action part and forgot about the plot.

In all, if you are a fan of immense action films or even if you are a Tiger Shroff fan you may like the film.