According To The Latest Reports, Akshay Kumar Starrer 'Bachchan Panday' To Now Have Pankaj Tripathi Onboard For A Pivotal Role 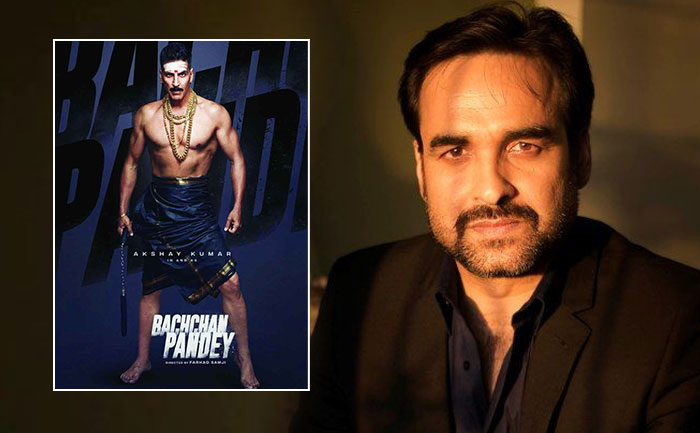 Bollywood superstar, Akshay Kumar is surely on a roll on his professional fronts. His upcoming film, ‘Bachchan Panday’ has been creating quite much anticipation, ever since the makers unveiled the first look poster. According to the latest reports the producers have now welcomed talented actor, Pankaj Tripathi onboard for a pivotal role.

After collaborating with producer, Sajid Nadiadala for films such as ‘Super 30 ‘& 83’, the versatile actor is yet again collaborating with him. Akshay Kumar and Pankaj will be seen sharing the screen space for the first time in ‘Bachchan Panday’. While talking about the project, a source close to the development informed SpotboyE.com, “While Kriti and Pankaj have worked earlier in Lukka Chuppi. Pankaj and Akshay will be teaming up for the first time. Both are known for their comic timing and unusual choices and one cannot wait to see the creativity that both these actors create on screen. Pankaj will be joining Akshay, Kriti, Jacqueline and Arshad in Jaisalmer from January onwards.”

The source further informs the portal that, “It was Sajid Sir and Farhad Sir’s idea to rope him for a pivotal role which will add a lot of humour to the storyline. It’s a huge ensemble cast which will be shooting together for 90 days, it’s going to be a roller coaster ride.”

Interesting right? Just recently the reports revealed that the makers had also welcomed Arshad Warsi for one of the pivotal role. And he was apparently chosen because of his great comic sense. Thus, there is no doubt that makers are planning to tickle the bunny bones of the audience with some quirky characters in the film. The union of such talented actors surely make us excited for the release. ‘Bachchan Panday’ is set to be released in 2021.