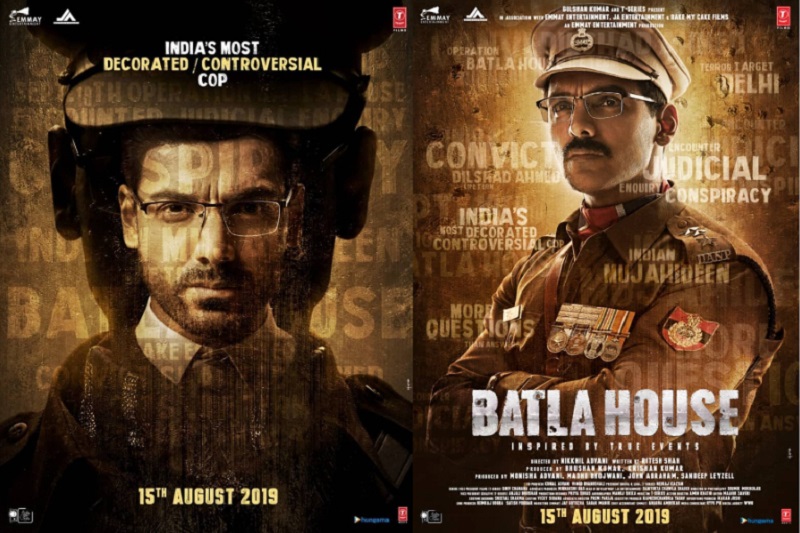 The first look of John Abraham starer Batla House was unveiled today and the poster said that the film will release on 15 August 2019. Batla House is based on a real-life incident about Batla House encounter officially known as Operation Batla House. It had taken place on 19 September 2008, against Indian Mujahideen terrorists in Batla House locality in Jamia Nagar, Delhi.

After Madras Cafe and Parmanu – The Story Of Pokhran and the latest release Satyameva Jayate, John will be donning patriotism on his sleeve by essaying the role police officer Sanjay Kumar Yadav who led the Batla House encounter.

The poster shows John in a police uniform and phrases such as ‘India’s most decorated, controversial cop’, ‘Indian Mujahideen’ and ‘Judicial conspiracy’, written in the foreground.

“When everything you’ve achieved could be wiped out in that one moment.”

The film is helmed by director Nikkhil Advani and is written by Ritesh Shah. Since the film is releasing on Independence Day next year, it will clash with Ranbir Kapoor-Alia Bhatt starer Brahmastra.

While announcing the release date, Advani tweeted, “Have waited for a long time for this story to be told. Unveiling an explosive account of one of the most controversial events to have rocked modern India.”