Home > Entertainment > Bollywood > Bhagyashree Reveals A Photographer Once Asked Salman Khan To ‘Smooch Her’; His Reply Had Blown Her Away

Bhagyashree Reveals A Photographer Once Asked Salman Khan To ‘Smooch Her’; His Reply Had Blown Her Away

Veteran Bollywood Actress, Bhagyashree Reveals That A Photographer Once Asked Salman Khan To ‘Catch And Smooch Her’. She Speaks About How The Actor Blown Her Away With His Reply 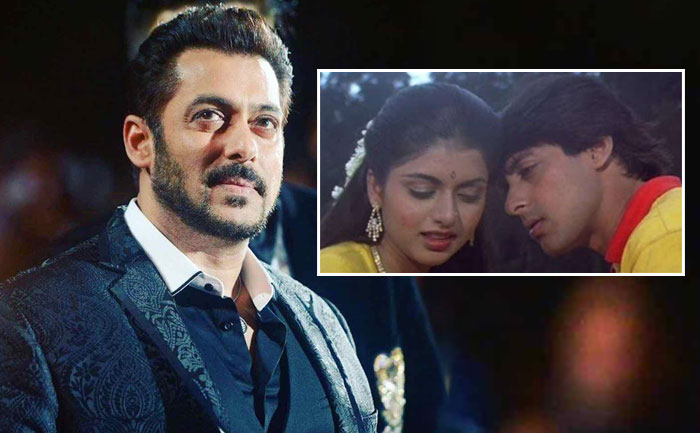 Bollywood’s superstar, Salman Khan is known for winning million hearts with his performance in the movies as well as with the way he lives his lives behind the camera. The actor is hailed as the humanitarian, who is often seen doing charity works. The ‘Maine Pyar Kiya’ actress, Bhagyashree reveals how she was blown by Salman’s real persona when one of the popular photographers asked him to ‘catch and smooch her’.

As per a recent report in Deccan Chronicle, Bhagyashree revealed that a renowned popular photographer of that time, who is not more, wanted to take a ‘hot’ pictures of her and Salman. The photographer asked then asked the superstar to take her by surprise and plant a kiss on her lips. She informed the daily, “There was a very popular photographer back then, who is no more. He wanted to take some not-so-complimentary photographs of Salman and me, some sort of ‘hot’ photographs. So, he took Salman aside and told him, ‘Main jab camera set up karunga (When I set up the camera), you just catch her and smooch her.”

The actress who was left impressed and overwhelmed by Salman’s persona, went on to reveal further, “All of us were newcomers and this photographer thought he had the liberty to do something like that. Back then, smooching scenes were not prevalent. I don’t think he or Salman knew that I was standing very close by and could hear every word. For a second, I remained shocked, but just then, I heard Salman say, ‘I am not going to do anything of that sort. If you want any pose like that, you need to ask Bhagyashree.’ I really respected Salman’s response, and that’s when I realized I was among safe people.”

Salman and Bhagyashree’s film, ‘Maine Pyar Kiya’ is one of the blockbusters in Bollywood. The film was helmed by Sooraj Barjatya and it is considered as one of the evergreen movies of Bollywood.

Mammootty starrer Masterpiece to be dubbed in Russian language

AbRam Khan Birthday Special: 10 photos of Shah Rukh Khan’s son that are too cute for words