Sunil Grover returns as Gutthi, only on Bigg Boss 13 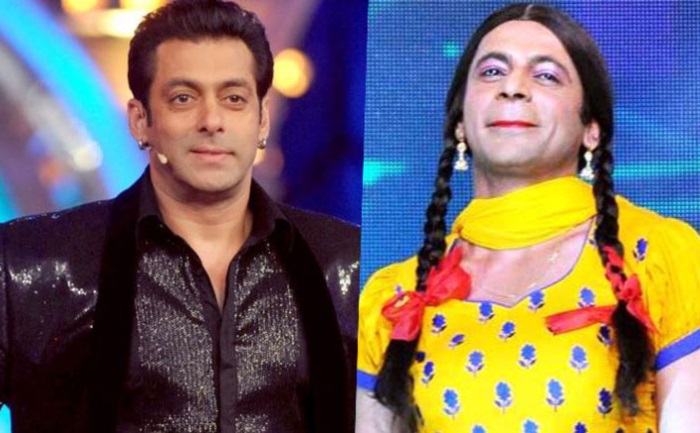 Sunil Grover who garnered immense fame as Gutthi on Kapil Sharma show is back once again to tickle your funny bone. But this time around it is for Salman Khan’s popular reality show, Bigg Boss 13. Yes, this Weekend ka Vaar is going to be fun as Sunil Grover will return to the show as everyone’s favourite Gutthi.

In the latest promo shared by Bigg Boss’s official account on Twitter. Salman Khan can be seen dressed up like a pilot. Soon he is joined by Gutthi with a voice-over in the background, “Hum aaye hain is bagiya me, phool khile hain gulshan gulshan.”

Get ready to laugh your heart out, because Gutthi is coming back on #WeekendKaVaar with #SalmanKhan, Sat-Sun at 9 PM.

Salman and Sunil Grover have earlier shared screen space in Ali Abbas Zafar directed Bharat. The actor garnered much praise from the Dabangg star, who called him “brilliant”.

A Mumbai Mirror report has Salman opening up on reports that he is leaving Bigg Boss 13. He said, “A part of mine wants to cut that part and throw it out and the other part wants to keep it. And the latter is haavi on the part that wants to throw it out.”

According to reports, filmmaker and talk show host Farah Khan might take over from Salman in Bigg Boss 13.