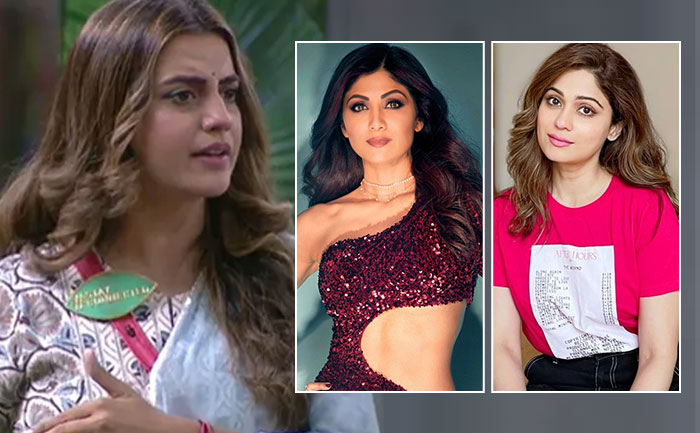 In the recent episode of ‘Bigg Boss OTT,’ we witnessed that Pratik Sehajpal and Neha Bhasin became the Boss Man and Boss Lady for this week. Later, in the garden area, Divya Agarwal, Akshara Singh, and Millind Gaba were seen discussing Shamita Shetty’s personality.

Millind said, “Shamita bahut chant hai,” and Divya agreed and added that she has been telling everyone the same since the start of the show. To which Akshara said, “Her sister (Shilpa Shetty) is very nice and that’s why she is known.” Divya further stated that she has worked with Shilpa and said that she is a great human being.

Next, Akshara further indicating to Shamity said to make your own identity, it is important for the person to be humble. She also mentioned that she has only seen Shamita’s in her popular song, ‘Sharara Sharara’ and said that she has never seen her anywhere else after that. “Sharara Sharara class 2 mein the jab dekhte the, uske baad kahi nahi dekha,” she stated. Divya laughed it off and told her not to comment about her age.

For the unversed, this is the second time Akshara Singh is age-shaming Shamita Shetty on the show. However, she was also bashed by netizens for her remark.