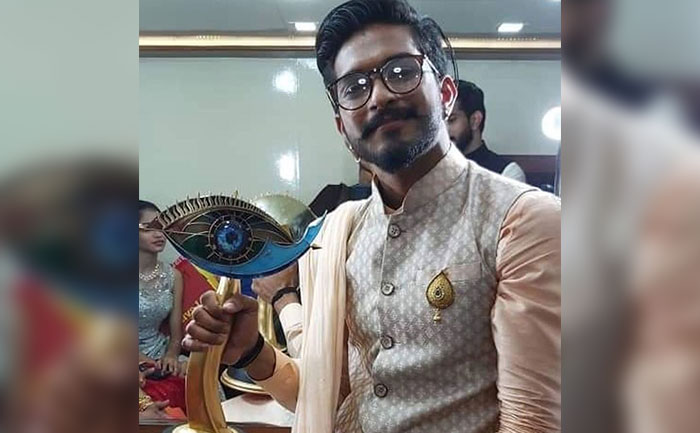 Bigg Boss Tamil’s third season has finally ended with a bang. Yes, the wait is over and the winner of this season is Malaysian singer-actor Mugen Rao. The singer won a cash price of 50 lakhs after spending 105 days in the Bigg Boss house. Bigg Boss Tamil season 3 had premiered on June 23 with 16 contestants from various fields of which four made it to the final week. The participants that made their way to the finale were, Mugen Rao, Losliya Mariyanesan, Sandy Master and Sherin Shringar. From the four Mugen came out the winner.

The runner-up of the show was choreographer Sandy while Sri Lankan newsreader Losliya came third. As reported by news minute a total of 20 crore votes was recorded in the finals polls, out of which winner Mugen received over 7 crore votes.

During the finale episode of the show, participants were awarded trophies on the bases of their journey in the Bigg Boss Tamil house.

Here’s the list of who won what title in during their stay in the place:

Tharshan, who was heavily favoured this season was eliminated a week before the finals. But Kamal Haasan, however, announced on stage during the finale that he was signing the Sri Lankan model and aspiring actor, for his production house Raaj Kamal Films International.

Two contestants were eliminated for their controversial behaviour.  Actor Saravanan was eliminated for admitting to molesting and groping women on buses. Madhumitha was eliminated after she attempted to inflict self-harm after an argument with the other housemates.