BlackPink member, Rose received a special gift from American singer, John Mayer. The idol says 'life is complete' after receiving an electric guitar from him BlackPink member, Rose can’t contain her happiness as the singer receives a special gift from her idol, American singer John Mayer. She expresses ‘life is complete’ after she receives an electric guitar from him. On Friday i.e July 16, Rose posted several videos on her social media handle, wherein she reveals her new electric guitar which she received as a gift. The pink-colored guitar is sure to make many fans wanting to own one.

For the unversed, Rose performed on Slow Dancing In A Burning Room song around two weeks ago, when she appeared in the first episode of JTBC’s Sea Of Hope. The song belongs to the Continuum album of John Mayer that was released in 2006. Blinks made the song go viral on the internet after seeing Rose singing it gracefully. John who was apparently awestruck by Rose’s this gesture and gifted her a pink guitar with a special note.

Here check out the pictures of Rose’s new guitar: 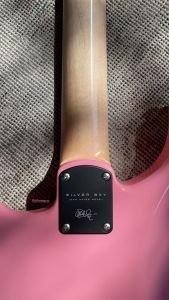 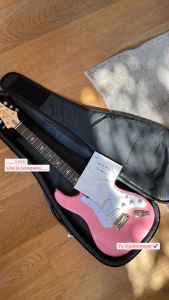