Home > Entertainment > Bombay HC asks BMC to compensate Kangana Ranaut for demolition of her office; check out the actress’ reaction

Bombay HC asks BMC to compensate Kangana Ranaut for demolition of her office; check out the actress’ reaction 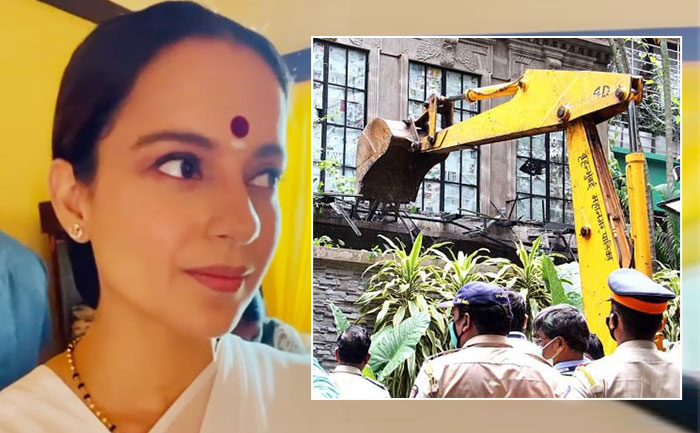 Kangana Ranaut has won in her property case. The Bombay High Court has called BMC’s demolition of Kangana Ranaut office as nothing but malice. The High Court has cancelled the order of demolition of BMC. It has also talked about appointing an assessor to assess the damage done to Kangana so that the compensation amount can be determined. The court has asked the BMC to compensate the actress for the damages.

While delivering the verdict, the Bombay High Court said, ‘BMC has ignored the legal values and acted against the rights of the citizens by this action‘.

An elated Kangana soon took to social media to the judiciary and all those who stood beside her. She also thanked the ones who made fun of her.

Welcoming the court’s order, Kangana took to her Twitter handle and wrote, “When an individual stands against the government and wins, it’s not the victory of the individual but it’s the victory of the democracy. Thank you everyone who gave me courage and thanks to those who laughed at my broken dreams. Its only cause you play a villain so I can be a HERO.”

Check out the video here,

With love and hope ❤️ pic.twitter.com/UkGweDY08p

The court has also asked petitioner i.e Kangana Ranaut to exercise restraint while airing her views on public platforms.

On the work front, Kangana Ranaut will be seen in Thalaivi and Tejas.