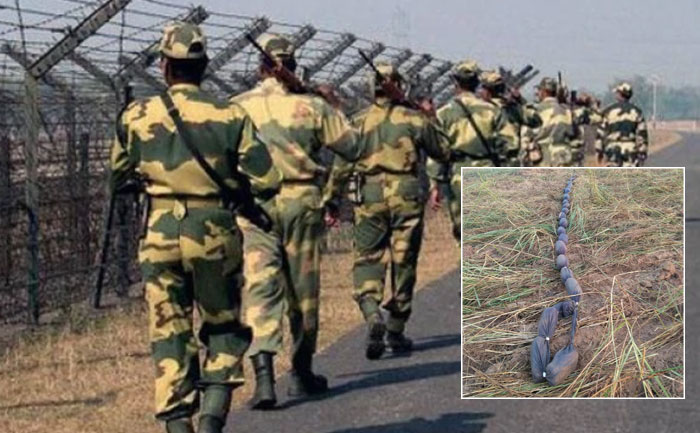 Alert Border Security Force (BSF) personnel foiled a bid to smuggle arms, ammunition, and narcotics into Jammu, India. The incident took place along the 198 km international border (IB) in the RS Pura sector of the union territory (UT) of Jammu & Kashmir. The consignment is reportedly from Pakistan. The attempt was made in the early hours of September 20.

Jammu and Kashmir: 2 pistols, 4 magazines & ammunition along with suspected narcotics seized after Border Security Force (BSF) foiled an attempt to smuggle arms, ammunition & narcotics into India in Arnia area along the International Border from Pakistan side. pic.twitter.com/i4pNvcuZhQ

The BSF troops deployed at Budhwar and Bullechak posts noticed suspicious movement of three to four persons on the zero line in the Pakistan side around 2 am. They fired at one person who was seen approaching the fence, reports said. On being fired, he ran back towards the Pakistan side. Early today, the officers searched the area and found the packets of suspected narcotics, pistols, magazines, and ammunition.

NS Jamwal, inspector-general (I-G), BSF, Jammu said, “The consignment that comprised 62 packets of drugs, two pistols and four magazines was being pushed via a pipe near the Budhwar post around 2 am on Sunday. Heroin weighing 50 kg was also recovered from the RS Pura sector. A search operation is underway.”

Earlier, on Friday, security forces had arrested three Lashkar-e-Taiba (LET) terrorists at Rajouri in the Jammu division. This happened after they had picked a consignment of arms and ammunition and Rs 1 lakh in cash that was dropped by a Pakistani drone.

Also Read: Pakistan Drone shot down by BSF along International Border in J&K

Anurag Kashyap: Parineeti Chopra refused to work with Sushant Singh Rajput as he was a ‘TV actor’