Did BTS Member J-Hope Accidentally Played A Song From Their Upcoming Album During His Live Broadcast Session? Watch The Video 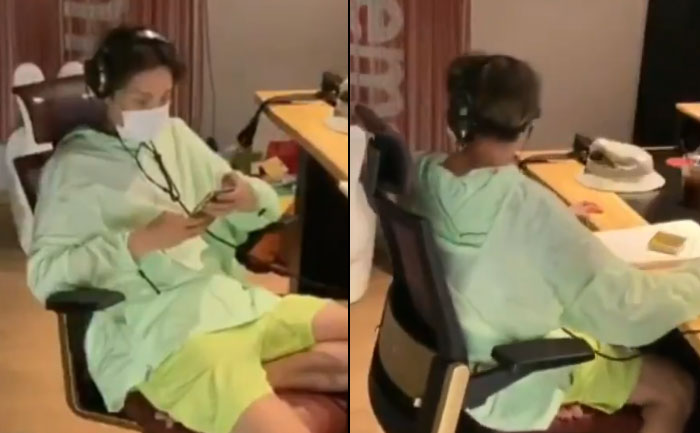 South Korean boyband, BTS members never fail to make headlines with whatever they do on professional as well as personal fronts. On Friday, J-Hope greeted his fans in a YouTube live session and he was seen playing some songs for the A.R.M.Y members. However, he accidentally played a song that probably from his next album.

From flaunting his neon green hoodie to spending time scrolling his phone, he was seen having a relaxed time during his live session. While his live broadcast was already a treat to his fans, he accidentally might give a glimpse of his upcoming song, leaving A.R.M.Y anticipated for the release of this song. In the video, J-Hope can be seen working on something inside his studio, that’s when we got to hear an audio of the song that apparently is from their next album. Soon, someone (probably the staff member) comes in, knock-on J-Hope’s room, and gives a message to him. What surprised everyone was when, J-Hope said Oh..S***t, and he stops the play. Netizens believe that the message that J-Hope got was about that song which he accidentally might have played in hin live broadcast.

The staff knocked on the door because hobi is not aware that he’s spoling a song shsjsk the way he said “holy shit” in tiny afterwards 😭😂 pic.twitter.com/5gWNeImxao

me pretending that i didn’t hear the unrelease song that hobi spoiled so my baby wont get in trouble:pic.twitter.com/RSbq4yG5Ax

BTS members are currently treating their fans some amazing content on social media, as a part of FESTA. The seven boys will be celebrating their 7th debut anniversary on June 14.

Also Read:  BTS’ Jungkook Dedicates His Solo Track, ‘Still With You’ To ARMY