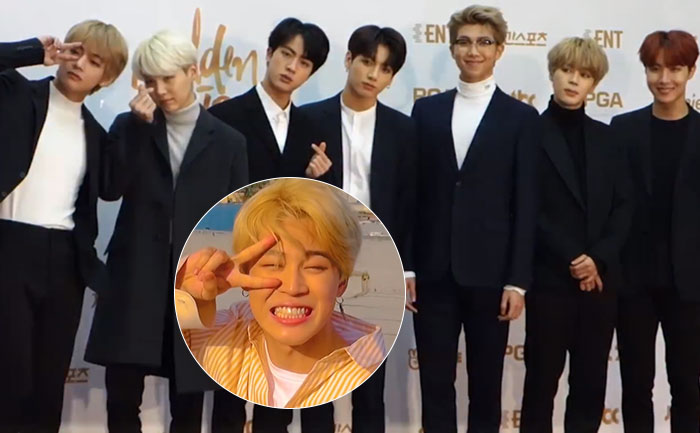 On the occasion of Jimin’s birthday Twitterati is crazy all about BTS as they celebrate the birthday of Jimin. The ARMY celebrated Jimin’s birthday in the most joyous and wonderful way. Jimin is not only the heartthrob of many fans but also the most loved band member. The Korean pop band member is a famous sensation and his fans just can’t seem to stop gushing over him on his memorable day.

Jimin turned 24 years old on his birthday and his fans made sure he had one delightful, most cherished birthday. The twitterati used hashtags such as #HappyBirthdayJimin, #HappyBirthdayGorgeous. However, it wasn’t just that, his band mates Jin, J Hope, Suga, RM, V and Jungkook did something heart warming that made Jimin on top of the world.

The all boys band are now in Saudi Arabia where they had performed their first concert since their break came to an end. Even though the Riyadh concert happened over Jimin’s birthday weekend, the band all of a sudden halted performing and began playing the birthday song. From the video, it can be seen that Jimin was asking his mates if they were singing the song for him until he becomes elated with excitement and gets off the stage.

Following that the ARMY joined BTS to wish Jimin. Besides that, there were birthday wishes for Jimin from the official twitter account. Also, there were some hilarious meme clicks that made fans laughing like anything. Here are some photos for you to have a look at below.