BTS To Rule March With Individual Logs; Check Out BE Log Timeline

The seven members of BTS are all set to rule the March month with their individual logs. The septet release the timeline for BE Log BTS (Bangtan Boys) have dropped a surprise element for their ARMY. They have unleashed the timeline for their respective logs which are to be released as BE Logs. The seven members-Jungkook, Jimin, V, RM, J-Hope, Suga and Jin would be releasing something interesting as per the dates revealed in the schedule to promote their album BE. The first one on the list is V and is J-Hope is the last one. Earlier BTS members had shared the logs from their vacation and now them planning to execute the upcoming album, in a similar way is already making their fans excited.

The seven members appear to be all geared up to rule the March month with their content. The BE Log schedule-timeline reveals all the seven members’ individual logs alongside the dates for the releases. Kim Taehyung’s log to be released on 2nd March and the others would follow. Check out the complete timeline from the schedule. 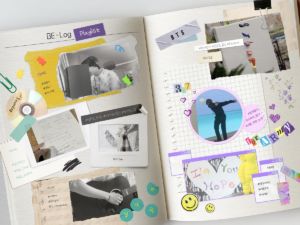 BTS Army who are regular on their social media handles noticed that the seven member group had announced the log just the similar when they did it for their summer vacation log. ARMY’s are all excited as they might get to see surprise content by the band.