BTS has finally sold over 600,000 tickets and earned more than 90 billion won 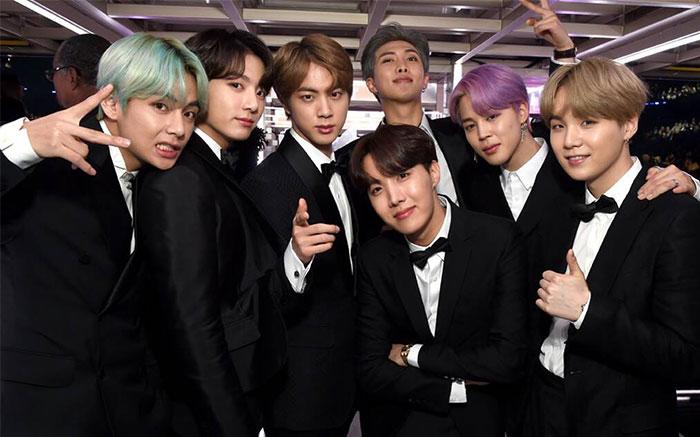 BTS, which is also known Bangtan Boys has sold over 600,000 tickets on its first Stadium tour “Love Yourself: Speak Yourself”. According to Billboard, BTS has sold more than 600,000 tickets and earned over 90 billion won from their concerts held in America, Brazil and Europe, which started in May this year.

If the report in Billboard is to be believed, the South Korean band’s four US stadium tours have managed to earn $44 million. In addition to that BTS has minted $35 million in Europe and South America.

Notably, BTS performed for the first time in North America this year. Yes, they performed in concerts held at Pasadena’s Rose Bowl (May 4-5), Chicago’s Soldier Field (May 11-12) and New Jersey’s MetLife Stadium (May 18-19).

They have made a collection of $35 million to the “Love Yourself: Speak Yourself Tour” through their followed by concerts held at Allianz Parque in Sao Paulo (May 25-26), London’s Wembley Stadium (June 1-2) and Paris’ Stade de France (June 7-8). The K-Pop band collectively earned $78.9 million and sold 606,409 tickets, reported Billboard.

“Their double-header at the Rose Bowl earned $16.6 million, making it the single highest-grossing engagement in the venue’s Boxscore history, outpacing previous high marks by Taylor Swift and U2, as well as co-headlining stints by Beyonce & Jay-Z and Eminem & Rihanna,” Billboard stated.

Also Read: 10 BTS Memes That Can Make You Laugh Like A Buffoon