The seven-member boy band, BTS, reportedly cancelled four concerts which were supposed to be held in Seoul in April. 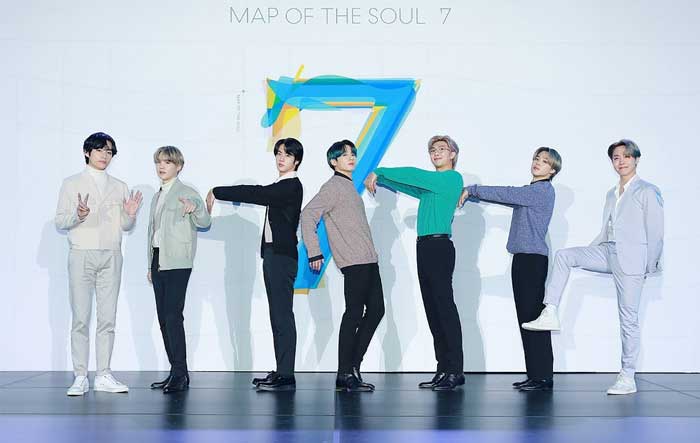 BTS is not only one of the most popular South Korean but also the world’s most popular boy band right now. The seven-member boy band, BTS, reportedly cancelled four concerts which were supposed to be held in Seoul in April. BTS cancelled Seoul’s concert because of the Coronavirus has reportedly been spread in South Korea as well.

According to reports, Seoul has already confirmed over 2,000 cases of the coronavirus, which is said to be the largest cases registered outside China.

Issuing a statement, Big Hit Entertainment wrote, “We regret to announce” that the Seoul concerts have been cancelled. It was “impossible at this time to predict the scale of the outbreak”, it said, creating uncertainty over the movement of staff, equipment and fans, making the cancellation “unavoidable”, it said.

Notably, the cancellation of Seoul’s concert came after the boy band held a press conference promoting their new album in an empty hall on Monday because of the virus.

BTS, who released their latest album Map of the Soul: 7 last week, was the most pre-ordered South Korean album of all time, with more than four million copies sold before its release.

Read the full statement from Big Hit Entertainment below:

Hello. This is Big Hit Entertainment

We regret to announce that the BTS MAP OF THE SOUL TOUR – SEOUL Concert, originally scheduled to be held on April 11 (Sat), 12 (Sun), 18 (Sat) and 19 (Sun) at OLYMPIC STADIUM, has been canceled.

Plans for “MAP OF THE SOUL TOUR – SEOUL” included the involvement of a number of global production companies and a large group of expert international crew, with over 200,000 concertgoers expected to attend.

However, the current global coronavirus (COVID-19) outbreak has made it impossible at this time to predict the scale of the outbreak during the dates of the concert in April, alongside increasing uncertainty about the cross-border movement of concert staff and equipment.

While we hope that the situation will improve, we must take into consideration the health and safety of hundreds of thousands of guests as well as our artists and the dire impact a last-minute cancellation may have on guests from overseas, production companies and staff. We have thus determined that with approximately one month left before the Seoul concert is set to begin, it is unavoidable that the concert must be canceled without further delay.
Please understand that this decision was made after extensive and careful consideration in order to cooperate with the government’s measures on restricting public events as well as municipal advisories on the use of cultural and sports facilities.

Tickets already reserved will be refunded in full through INTERPARK, the official ticket agent. Please refer to the “Refund Notice” below as well as the INTERPARK ticket Webpage (reservation page), or contact the INTERPARK ticket customer service center (1544-1555) for more information.

We would like to sincerely apologize for issuing this notice of cancellation to all of our fans who had been eagerly looking forward to the BTS MAP OF THE SOUL TOUR – SEOUL Concert, and we ask for your understanding.