BTS Top The Billboard Global Charts With Life Goes On 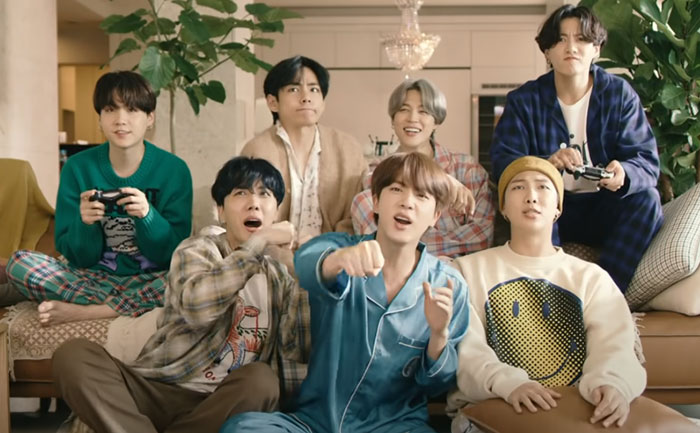 Popular South Korean Boy Band BTS has created history once again. The Bangtan Boys latest lead single ‘Life Goes On’ from the album BE has marked its debut at the number 1 spot in two global Billboard tallies. It has also secured the first position in Billboard’s Hot 100, making a historic record.

.@BTS_twt lands seven total songs on the #Hot100 this week:

.@BTS_twt is now the first and only group in history with multiple No. 1 debuts on the #Hot100 (“Dynamite” and “Life Goes On”).

‘Life Goes On’ climbed to No 1 place on the Billboard Global 200 chart with 152.5 million streams and 84,000 downloads. It also became BTS’s third song to reach the first spot on Billboard Hot 100 chart. Earlier, ‘Dynamite’ and ‘Savage Love’ by Jawsh 685 and Jason Derulo which had remixes by BTS had managed to reach the top. This is the first time in history that a song sung predominantly in Korean has scaled to the apex.

Also Read: BTS’ Hyung Jin: We Hope To Visit India In The Future

RRR: SS Rajamouli To Kickstart Next Schedule With Ram Charan And Jr. NTR In Pune?