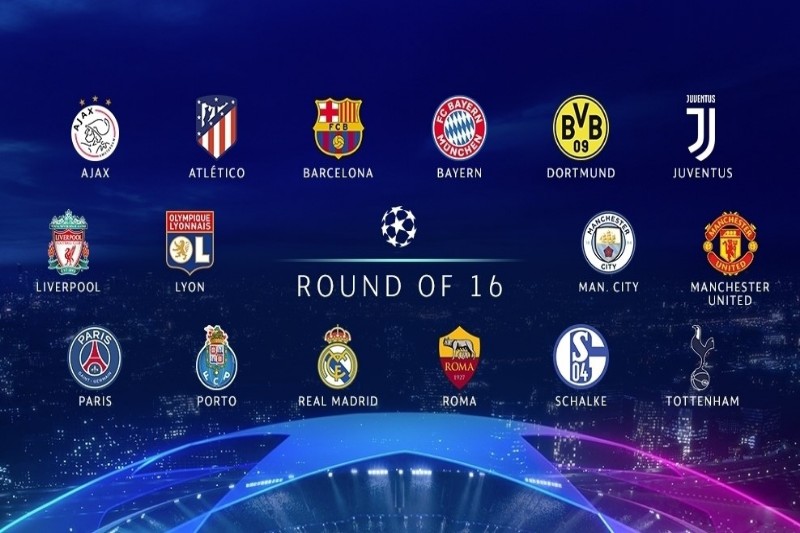 Manchester United will face Paris Saint-Germain in the Champions League round of 16 clash, while two five-time champions, Liverpool and Bayern Munich have been drawn against each other following the draw at the UEFA headquarters in Nyon on Monday.

In the other big matches, Atletico Madrid will face Juventus, Tottenham Hotspur will square-off against Dortmund and current champions and 12-time winners Real Madrid face Ajax.

Spectacular. The round of 16 draw ?