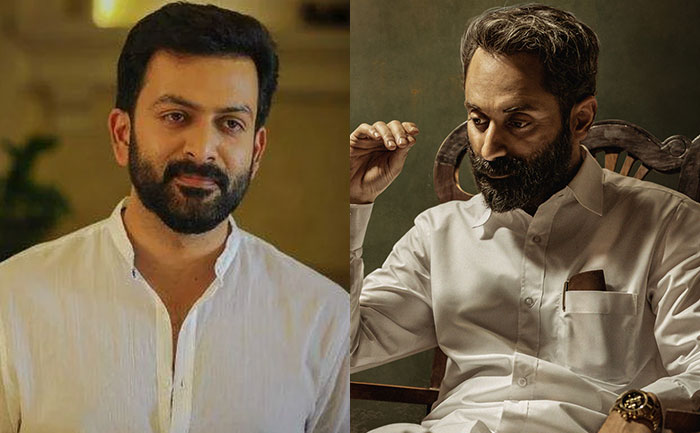 Fahadh Faasil’s Malik & Prithviraj’s Cold Case are two of the most awaited Malayalam films. Producer Anto Joseph has issued a statement regarding the release of the movies. He has confirmed that Malik and Cold Case will premiere on the OTT platform. Anto Joseph has explained why he is opting for an OTT platform release rather than a theatrical.

Anto Joseph confirmed the reports in his letter to the Kerala Film Exhibitors Federation. He wrote that he has waited a long while to give theatrical releases to these movies. He further added that Malik was supposed to release on May 13. But theatres were shut again due to the second wave of Covid-19. Since there is no clarity when the theatres will open he has decided to release the films on the OTT platform. He also mentioned that he is going through a major financial problem, and has no other option left.

For the unversed, Malik is a gangster drama. The movie is reportedly based on real-life incidents. Leading man Fahadh will appears in three different get-ups. Written and directed by Mahesh Narayanan. The movie also features Biju Menon, Nimisha Sajayan, Joju George, Dileesh Pothan, and Vinay Forrt in pivotal roles.

On the other hand, Prithviraj will be seen making a comeback to police officer roles with Cold Case. The cop case thriller is directed by the cinematographer filmmaker Tanu Balak. It is jointly produced by Anto Joseph and cinematographer Jomon T John and editor Shameer Muhammed.