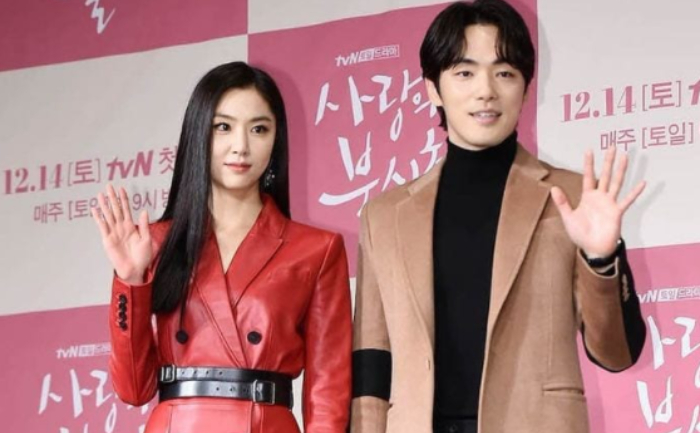 In January this year, Hyun Bin and So Ye Jin confirmed to their fans about being in a relationship. After South Korean media outlets stated that the duo has been dating for a few months now, the two of them shared the good news with their fans. Their agencies issued official statements confirming the same. Now yet another Crash Landing On You onscreen couple is in the limelight over dating reports. Kim Jung Hyun and Seo Ji Hye have been dating each other for one year, according to the latest reports.

The latest report by Dispatch stated that the Crash Landing On You co-stars Kim Jung Hyun and Seo Ji Hye have been dating for one year now. The sad ending in the drama turned into a happy ending in their real life. They would normally go on dates at their houses. Kim Jung Hyun even moved to Seo Ji Hye’s neighborhood Seongdong-gu in 2020 and now their apartments are only 10 minutes away from each other. The outlet has also released pictures of the duo visiting each other.

The report also states that the couple would celebrate their Birthday together at their houses. Also, the two also would have dates around Seoul, while Seo Ji Hye being in charge of driving.

Soon after the reports go viral, Seo Ji Hye’s agency-Culture Depot has refuted these reports. The agency stated that the actress and her co-star in that popular TV series, Kim Jung Hyun, are not dating. Korean media outlets reported that according to Culture Depot, “Seo Ji Hye and Kim Jung Hyun’s dating rumors are completely false. We checked with the actress for confirmation, and her response was that the rumors were absurd.”