'Dhamaka' makers have released the trailer for the upcoming Kartik Aaryan movie and it looks intense. 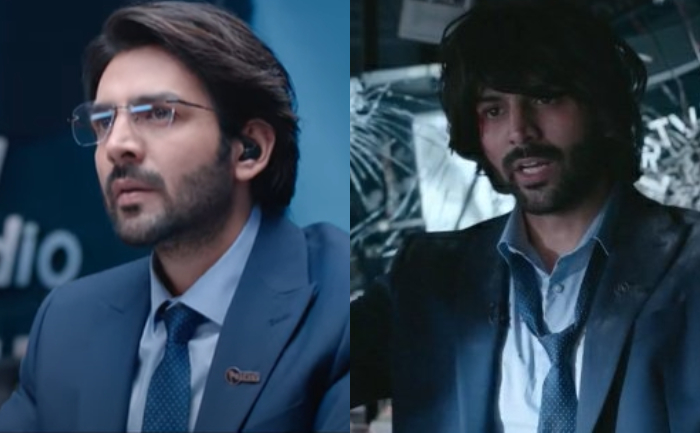 On Tuesday, the makers of ‘Dhamaka’ have released the trailer for the film which features Kartik Aaryan as a hard-hitting journalist.

The movie is based on the 2013 South Korean action-thriller movie, The Terror Live and revolves around Aaryan, who essays the role of a journalist named Arjun Pathak, who receives a threat after he exclusively interviewed a terrorist, who blew up a bridge and works for a channel called Bharosa 24/7.

For the first time, Kartik will be showcasing an intense avatar in the film.

Talking about the film, Kartik said: “Dhamaka has been a very exciting & enriching experience for me as an actor. Working with a maverick like Ram Madhvani has allowed me to explore & showcase a new facet of my personality. I am thrilled that the film will reach audiences & my fans all around the world on Netflix.”

Earlier, ‘Dhamaka’ was scheduled to have a theatrical release in January 2021 however, due to the COVID-19 pandemic, the makers postponed it. The film will premiere on Netflix across 190 countries and will stream from November 19 onwards.