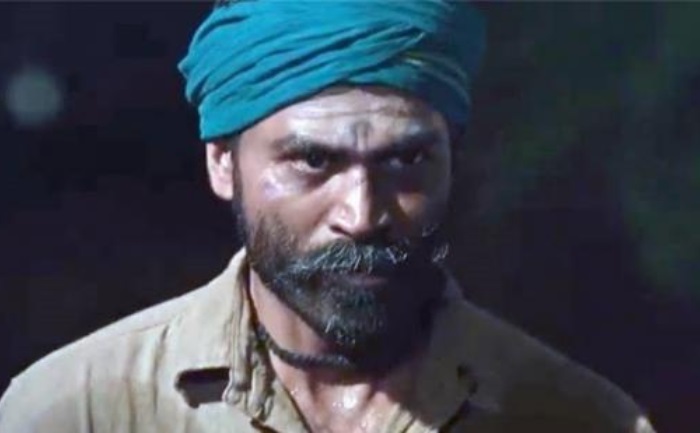 South superstar Dhanush is riding high with the success of his last film Asuran. Now there is good news for his fans. Asuran has made history as it crossed 100 days in cinema houses. Jayam Ravi’s Comali was the last Tamil film to cross 100 days. Asuran is easily one of Dhanush’s career-best performances that will stay memorable in the hearts of the Tamil audience for years. He brought life to the character of Sivasaamy.

The film’s producer Kalaipuli S Thanu thanked the audience for the humongous support and shared a few specially designed posters for the 100th day. He took to social media and shared the good news with his fans.

Asuran, was based on the Tamil novel ‘Vekkai’ penned by Poomani, was directed by acclaimed filmmaker Vetri Maaran. it was all about a father(Dhanush), who had a tough life as a youth. When his young son rebels against caste Hindus, Dhanush tries to settle down the issue with the help of elders in the village. However, he loses his son in a series of fights between both the parties. The younger son tries to avenge the loss of his brother and how Dhanush protects his family from further harm. Manju Warrier played the role of Dhanush’s wife and her laudable performance as a fearless, tough mother was yet another feather to the cap.

Despite the release of Asuran on its digital platform, Amazon Prime, the film managed to hold a few shows in selected theatres. As Asuran completes its 100th day today (January 11). The film is running right now in Rohini Silver Screens in Koyambedu and marking the century-long run, it will have a special celebratory show tomorrow (January 12) at the same theatre. This 100th-day special show is expected to be attended by the main cast and crew of Asuran including director Vetri Maaran, G.V.Prakash, Ken Karunas, and others.

On the work front. Dhanush’s Pattas is all set to hit the big screens on January 15. He is currently busy with the shooting of his next film, Karnan which is being directed by Kaithi fame Mari Selvaraj.