The makers of the film 'Icon' are looking to cast Disha Patani opposite Allu Arjun. 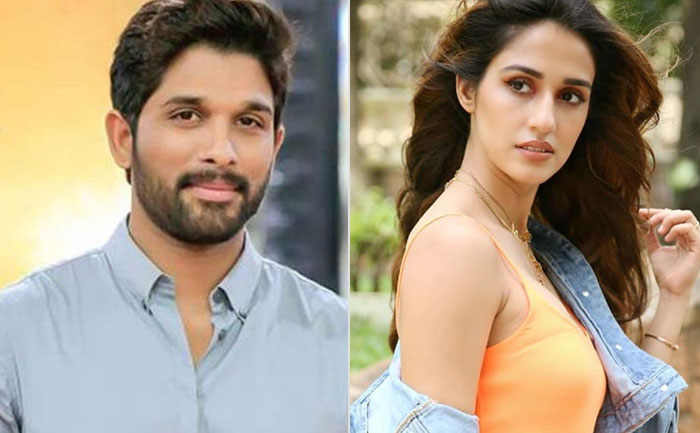 South star Allu Arjun is known for his dancing skills, acting chops and charismatic presence on the big screem. The actor who was recently present in Mumbai at the success party of Batla House has a number of lucrative projects in his kitty. He will be seen in  Trivikram Srinivas Ala Vaikuntapuramlo and filmmaker Sukumar’s AA20.

Allu Arjun will also be starring in Sriram Venu’s upcoming film, ‘Icon’ which will be going on floors next year. The makers of the film have been looking for a female cast for the film. There was a strong buzz that the film may have Bollywood’s star performer Alia Bhatt starring opposite Allu Arjun.

@rohanshrestha . I have been waiting to share my experience about this wonderful technician I have worked with during Naa Peru Surya movie Photo shoot . I was amazed to see the command on the craft this young man had. Best Quality at Lighting speed . Very Rare Combo . I have shot with many or most top photographers in the country . But this Young Gentleman was the best I ever worked with . It was an absolute pleasure to work with such a brilliant talent. Looking fwd for more in the future. #whitetseries #rohanshrestha Styled by @harmann_kaur_2.0

But, as  reported by a source to Pinkvilla,  Alia Bhatt rejected the proposal all thanks to her packed schedule. The 26-year-old actress is also in no mood to feature in commercial entertainers down south.

But, now that the Alia Bhatt has rejected the offer, the makersare looking forward to rope in  ‘Baaghi 2 ‘actress Disha Patani for the film.

As per reports, actor Allu Arjun is very impressed with the film’s story which was narrated to him. It is believed that he was interested to have Alia Bhatt opposite him. But it is quite possible that the Bharat actress might bag the role.

The fans are quite eager to see Disha Patani and Allu Arjun together and they can’t wait for the official announcement about the leading pair of the film ‘Icon’. Though Disha with back to back hit flicks is riding high, her remuneration will be a point of concern for the makers. But they are not ready to compromise.

We shall soon update you with more on this soon.