After Radhe Radhe the makers of Dream Girl are all set to entertain us with a new number Dil Ka Telephone. 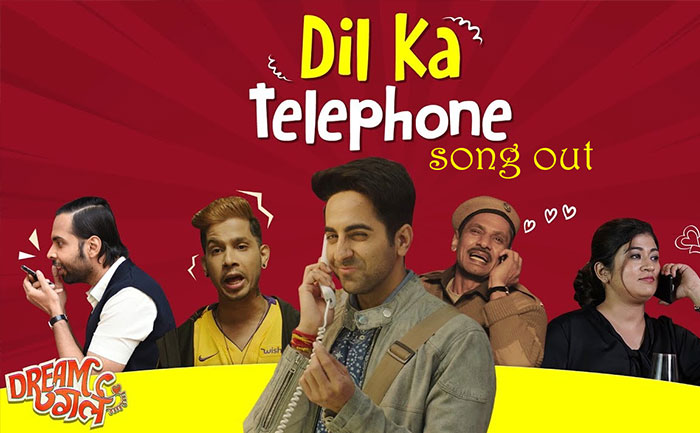 The makers of Ayushmann Khurrana starrer ‘Dream Girl’ after impressing us with the festive number ‘Radhe Radhe’ are out with their next. The new song ‘Dil Ka Telephone’, is a peppy music track that has Ayushmann’s quirky avatar as Pooja all set to tickle your funny bone.

Check out the hilarious number here:

‘Dil Ka Telephone’ has been composed by Meet Bros. The lyrics are penned by Lumaar and the singers are Jonita Gandhi, Nakash Aziz. The song surrounds around Ayushmann’s profession of a tele caller Pooja. He is seen leaving most of the male population in love with his voice as he resolves their daily problems and becoming their virtual friend. While interacting with the callers, one of them asks Pooja to sing.

Also Read: Dream Girl song: Radhe Radhe should be next in your playlist!