It is a limited time edition available till March 23rd, 2020 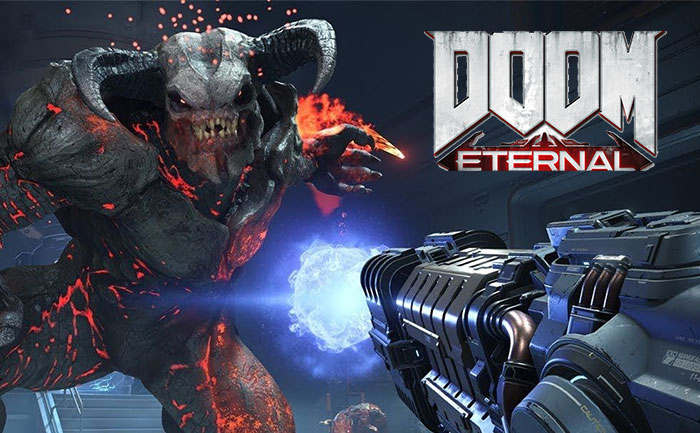 Elder Scrolls is celebrating the release of DOOM Eternal by offering a new demonic pet to purchase. Since both franchises are produced under Bethesda, it is not a shock to see the games crossover.

Elder Scrolls Online has offered pets ever since the game went into beta. The game offers pets like cats and dogs as well as more mythical creatures like the Bantam Guar or the Mossy Netch Calf. Most pets can be brought through The Elder Scrolls Online’s in-game crown store. Now, players can get their hands on a more nefarious pet through the store for a limited time.

“Few can withstand the scorching heat and relentless desolation of the Deadlands. Those unlucky few who find themselves trapped there may encounter one of these scuttling horrors—a hideous reminder of their grim and eternal fate.”

The news was revealed by The Elder Scrolls Online’s Twitter. Players that want to add one of these “scuttling horrors” to their collection should hurry as this limited time pet will only be available until Monday.

Elder Scrolls Online recently got the Harrowstorm DLC that introduced two new dungeons to the game. Meanwhile, the next major chapter expansion, Greymoor, isn’t due out until May. Both These releases are part of the ongoing year-long Dark Heart of Skyrim storyline.