For Mango Lovers: Everything about World’s Most Expensive Mango- Miyazaki

Apparently, a couple has deployed security guards for their Mango plants in Madhya Pradesh (India). They are growing the rare Miyazaki mango primarily found in Japan. Here's everything you need to know about the world's most expensive mango-Miyazaki 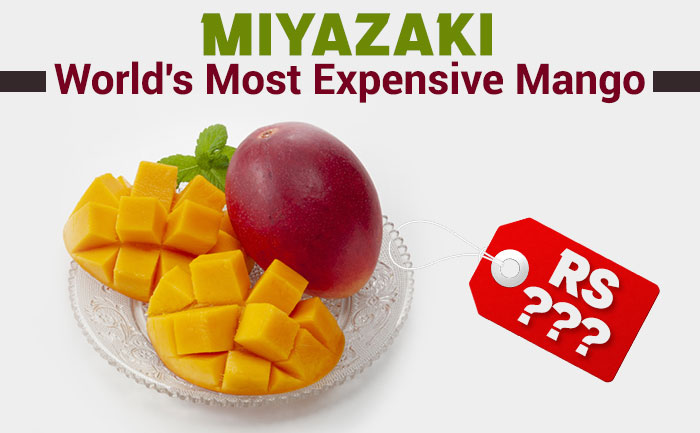 Ever heard about Japanese Miyazaki plants? These are the Mango plants that grows the world’s most expensive Mangoes. Well, now you must be wondering what makes these fruits so special? In the International market, the Miyazaki Mangoes are prized for being extra sweet and tasty. It is usually grown in great quality control to ensure that the fruit has up to 15% or more sugar content. Apparently, a couple in Madhya Pradesh left astonished after they saw that the two of their saplings produced ruby-colored mangoes which are primarily grown in Japan and are known to be the world’s most expensive Mangoes variety. They come for a hefty price tag.

An orchardist couple Rani and Sankalp Parihar, based in Madhya Pradesh, reported planted the Mango siblings two years back. As per the couple, they have got the sapling of the Miyazaki plant from a man on a train. The couple was waiting to see the sapling turn a tree in a matter of few years. However, as the sapling developed it bore fruits. The couple was astonished to see the ruby-colored mangoes hanging on the sapling. To everyone’s surprise, the sapling turned out to be a Japanese Miyazaki variety. And thus not wasting much time, they deployed heavy security for the sapling including dogs.

THIS IS BECAUSE THEY’RE HAVING SPECIAL MIYAZAKI MANGOES IN THEIR FARM & IT’S SOLD FOR RS 2.70 LAKH/KG IN INTL. MARKET @ParveenKaswan @deespeak pic.twitter.com/n07UgS5Sd7

Interesting details about the Miyazaki Mango:

Here check out few pictures of the Miyazaki Mango: 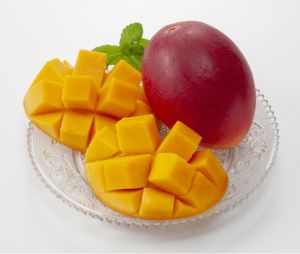