Hailey Baldwin Bieber Is A Blond Bombshell In THESE Instagram Pictures

Hailey Baldwin Bieber has made a name for herself as a model.

Time really flies. It has been almost two years since Justin Bieber and Hailey Baldwin tied the knot. The gorgeous model had a whirlwind romance with the singer before they decided to get married. Since then, the two have often painted Instagram red with their romance. They are often seen engaging in PDA on their respective social media accounts. Justin Bieber seems just as smitten by his wife as he was two years earlier. Not only has he called his marriage to Hailey the best decision, but he is also not shy of showing her love over social media. From sharing heartfelt notes to missing her during the lockdown, Justin is the definition of lovestruck.

Hailey Bieber belongs to the famous Baldwin family. Her father is Stephen Baldwin while her uncle is Alec Baldwin. However, Hailey Baldwin Bieber has made a name for herself as a model. She debuted in 2014 for Topshop and has since walked for designers such as Tommy Hilfiger, Dolce and Gabbana, and Missoni. Moreover, she grew up taking ballet lessons at the American Ballet Academy every summer until she had to stop due to a foot injury.

It is obvious that Hailey is the perfect combination of beauty and brains. The gorgeous model is often referred to as an angel by husband Justin Bieber and we cannot help but agree. Here are some pictures from Hailey Baldwin Bieber’s Instagram that prove that the Blonde Bombshell is a fashion icon to the end. 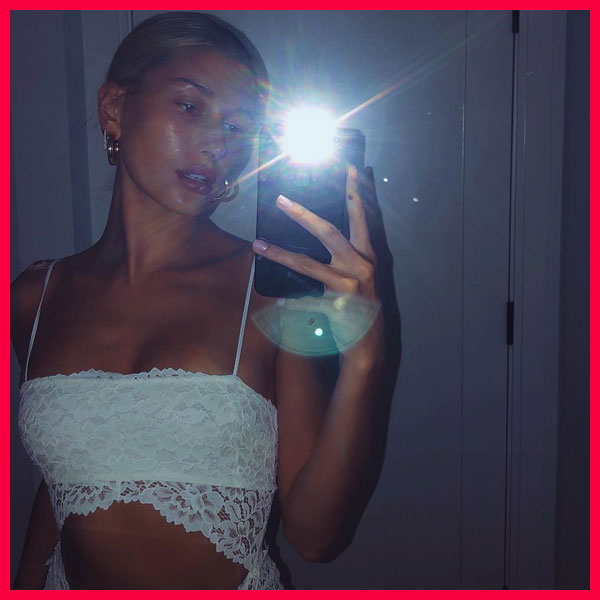