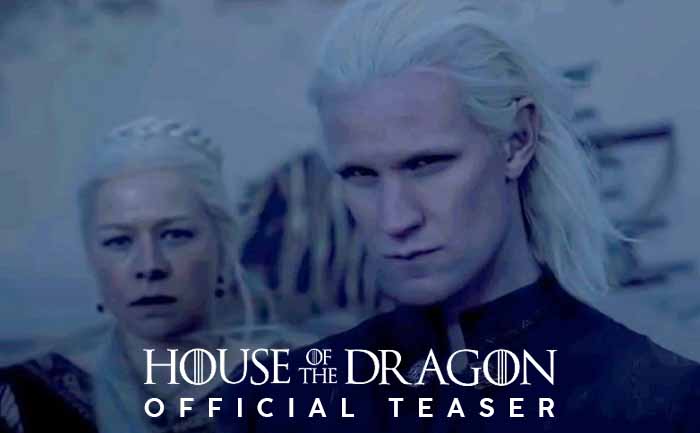 American fantasy drama series ‘Game of Thrones’ acquired an international cult following. It had run for 73 episodes across eight seasons between 2011 and 2019. Now HBO has released the teaser trailer of House of the Dragon. It is a prequel of GOT and was unveiled at WarnerMedia’s HBO Max European launch event.

Watch the viral House Of The Dragon teaser trailer here:

House Of The Dragon is the upcoming Game Of Thrones prequel series. The show is based on George R. R. Martin’s Fire and Blood that centres around the history of the Targaryen family. The series is set for ‘200 years before the fall of the Iron Throne. When the Targaryens took over Westeros with the help of dragons.

In the teaser trailer, we see glimpses of the sea, kings, fire and fierce battles. Not much is revealed about the plot. But we do have a voiceover from Prince Daemon Targaryen, played by Matt Smith. He is heard saying, “Gods, kings, fire and blood. Dreams didn’t make us kings – dragons did.” The one-minute teaser cuts to the logo and title treatment, which bears the Game of Thrones brand.