There have been reports doing rounds on social media that Shruti Haasan to play Pawan Kalyan's wife in the film but she has refused to be a part of Vakeel Saab. 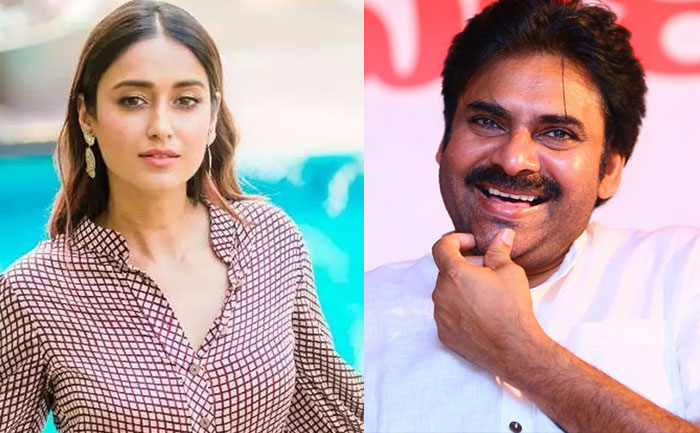 Illeana D’Cruz is one of a very few talented actresses who appears not only in Hindi but also Tamil and Telugu movies. Illeana D’Cruz — who had delivered multiple Telugu movies such as Pokiri (2006), Jalsa (2008), Kick (2009) and Julayi (2012) — will next be seen in Pawan Kalyan’s Vakeel Saab.

Yes, you read that right. As per a report in Telugu online portal, Illeana D’Cruz will be playing Pawan Kalyan’s wife in Vakeel Saab, which is a remake of Bollywood blockbuster film, Pink. There have been reports doing rounds on social media that Shruti Haasan to play Pawan Kalyan’s wife in the film but she has refused to be a part of Vakeel Saab.

As per the reports, the director and producer of the film Venu Sriram and Dil Raju respectively are contemplating to approach Illeana D’cruz to play the female lead in Vakeel Saab. If everything falls in place, the Rustom actress will be seen opposite Pawan Kalyan in the Court drama.

What we can do is to wait for the official announcement of Vakeel Saab’s female lead actress. Illeana D’Cruz’s last Telugu offering was Amar Akbar Anthony released in 2018.

The film released worldwide on 16 November 2018. Amar Akbar Anthony received negative reviews from the audience and critics resulting in the film badly tanked at the box office.

The film Vakeel Saab marks the return of Pawan Kalyan to acting after a long hiatus. Recently, the makers released the first look poster of the film, which has managed to create excitement among the cine-goers.

On the professional front, Apart from Vakeel Saab, Pawan Kalyan has also collaborated with Krish and Harish Shankar for upcoming projects. He will apparently be seen sharing screen space with Ravi Teja in Kishore Pardasani’s upcoming film.