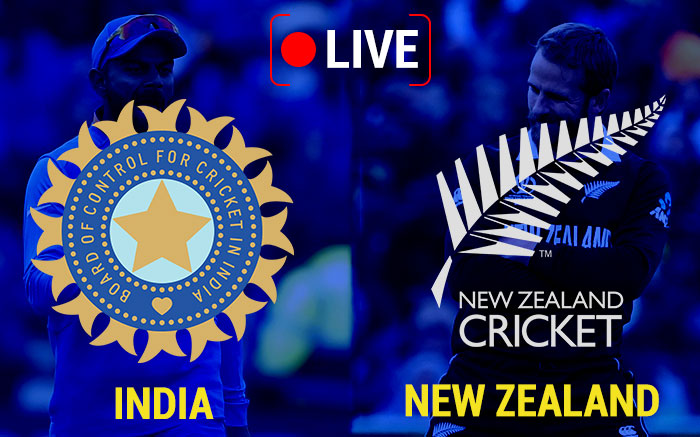 The 1st semi-final of ICC World Cup which will be played between India vs New Zealand at the Old Trafford in Manchester today (on 9th July 2019). India and New Zealand have not faced each other in the league as their match was washed out due to rain or bad weather. The match of New Zealand vs India is all set to begin at 3:00 pm. New Zealand has won the toss and decided to bat first. If you want to watch live streaming of 1st semi-final, you can watch it on Hotstar and several other TV Channels for free.

We will bring you the live update score of India vs New Zealand, the 1st semifinal of the ICC World Cup 2019. You can also check click on check live updates of New Zealand vs India match.

How to live stream 2019 Cricket World Cup online in India

You can watch live streaming of India vs New Zealand match on Star India/ Star Sports, which are the official broadcaster of the 2019 Cricket World Cup in India. If you do not want to sit in front of the TV, then you can sign up on Hotstar to watch the first semi-final of the iCC 2019 World Cup.

How to live stream India vs New Zealand in Pakistan

Fans living in Pakistan appear to have two options for watching World Cup Cricket games. You can watch India vs New Zealand live match on Sony Ten or state-owned PTV Sports channels. The match is due to start at 2.30pm in Pakistan.

People living in the United States can watch the first semi-final of ICC World Cup on Willow TV, which is an official broadcaster of the league.  The service reportedly costs $9.99 a month and is also available on streaming services such as Sling and Fubo. The match between India vs New Zealand is set to start at 5.30am ET, 2.30am PT.

Both the team have made a minimal change in terms of selecting the players for India vs New Zealand match. Yes, Kuldeep Yadav has been replaced by Yuzvebdra Chahal while Lockie Ferguson has been chosen in place of Tim Southee in the New Zealand squad.

You can check out both the squads below:

The first semi-final of ICC World Cup 2019 is started and it is being played between India vs New Zealand. Both the teams have managed to finish the round-robin stage in top four. The weather in Manchester is cloudy and there are chances of rain during the match.