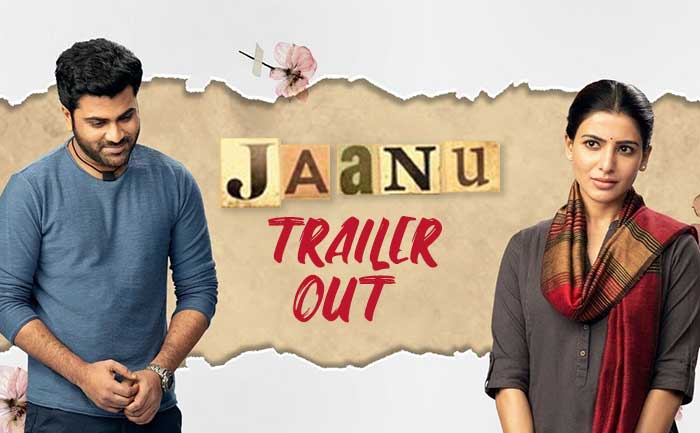 The makers of Trisha Krishnan and Vijay Sethupathi starrer have finally released the trailer of much awaited movie, Jaanu. The trailer of Jaanu begins with Sharwanand revisiting his school where meets his childhood sweetheart, Samantha. The trailer showcases an eternal love story between the two actor.

Directed by C Prem Kumar, Jaanu would be the best love story to watch on Valentines’ Day 2020. Talking about the film, Jaanu is based on his Tamil movie titled 96, which was produced by Dil Raju on his Sri Venkateswara Creations with Sharwanand and Samantha Akkineni in the lead roles.

The film has been in the news ever since it was announced. The first teaser of the film had created a lot of buzz among the moviegoers and now, the makers have released the first trailer of the film. Jaanu trailer featuring Samantha Akkineni and Sharwanand is out and you can watch it now.

As of now, makers of Jaanu have dropped two melodious track from the film namely Pranam and Oohale. Both songs have received tremendous response from the audience on social media.

The film Jaanu which was earlier supposed to release on February 14 will now be releasing on February 7, 2020.

Samantha Akkineni, who has had multiple hit movies in her credit such as Super Deluxe, Majili and Oh! Baby, is looking forward to begin 2020 on the same note with her first release of the year, Jaanu.

What do you think about Jaanu trailer? Do let us know in the comment section below.

Bigg Boss 13: Vikas Gupta reveals Asim Riaz has a girlfriend outside the house