Jacqueline Fernandez slammed by netizens for doing yoga in a dress

Jacqueline Fernandez got brutally trolled after she put up videos to encourage her fans to do yoga in a short dress. 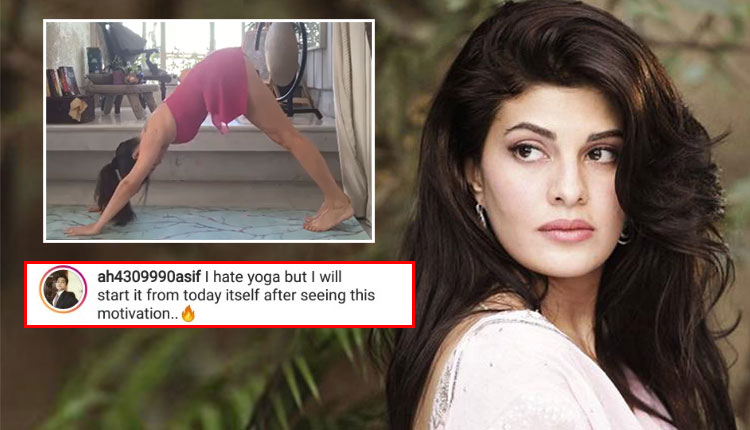 Jacqueline Fernandez is quite active on social media and keeps treating her fans with beautiful pictures of herself. But, apart from fashion, she also gives her fans some major fitness inspiration. Recently, The ‘Kick’  actress put up videos of her doing yoga and stretching but, instead of getting inspiration netizens trolled her.

Sharing the video on Instagram, she wrote, “Stretch ? keep that spine healthy and happy! Yoga poses are my fav, anytime, anywhere!”

Check out the reactions:

Apart from the trolls, some even appreciated her for giving out fitness inspiration.

On the professional front, the actress was last seen in the Netflix original, ‘Drive’  opposite Sushant Singh Rajput. She was also seen in a music video titled ‘Mere Angne Mein’ opposite Bigg Boss 13 runner up Asim Riaz.

The actress will be seen next with John Abraham in ‘Attack.’  For the unknown, the duo has shared the screen space together in Dishoom, Housefull 2 and Race 2. The action thriller also stars Rakul Preet Singh and will hit big screens on August 14.

Jacqueline Fernandez shared the photo with John Abraham on her Instagram handle and wrote, “#attack back with the awesomest @thejohnabraham ????”

#attack back with the awesomest @thejohnabraham ????