Janhvi Kapoor Is Currently Shooting For Her Upcoming Film, Good Luck Jerry. The Shoots Were Halted By A Group Of Farmers And Later Allowed To Resume 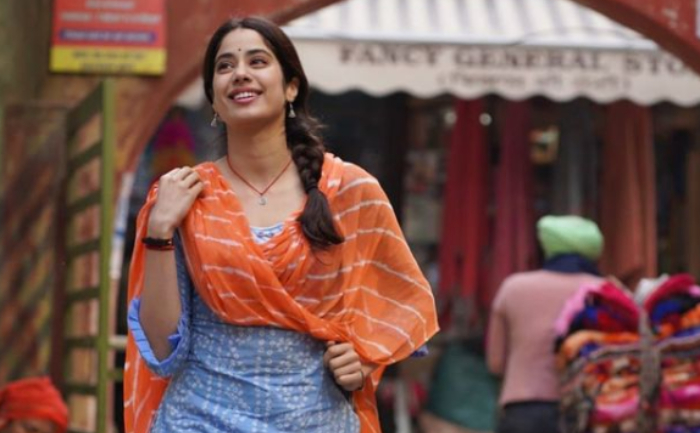 Janhvi Kapoor who was last seen in Gunjan Saxena’s biographical drama, The Kargil Girl, is currently shooting for her next movie, Good Luck Jerry. She was shooting in Bassi Pathana city of Punjab and a group of farmers apparently gathered around to pause the shootings. The group halted the shoots to seek her opinion on the ongoing farmer’s protest. However, the shootings were resumed later.

According to the reports, people who gathered at the venue of Good Luck Jerry shoots shouted the slogans against the makers and the star cast. Apparently they also told the crew members that they will only allow to continue the shoots after the stars cast expresses their opinion on the ongoing farmers protest. “When Director assured them that Janhvi Kapoor will make a comment on the protest, then they went back. The shoot is going on,” said Balwinder Singh, SHO while talking about the incident which took place on Jan 11.

Reportedly, Janhvi was made to share a cryptic note on her Instagram stories, which is now deleted, it apparently read, “Farmers are at the heart of our country. I recognise and value the role that they play in feeding our nation. I hope a resolution is reached soon that benefits the farmers.”

They’d told the workers & Director that Bollywood actors have neither said anything in support of farmers protest nor made any comment. When Director assured them that Janhvi Kapoor will make a comment on the protest then they went back. The shoot is going on: SHO Balwinder Singh https://t.co/ppnNJP75v6 pic.twitter.com/BKptwlV78w

Janhvi Kapoor is yet to officially react on the incident. Talking about the film, Good Luck Jerry is being directed by Siddharth Sengupta and it is being bankrolled by  Aanand L Rai. The film also stars Deepak Dobriyal, Meeta Vashishth, Neeraj Sood in the key roles.

For the unversed, the last round of talks between the Union government and farmers group took place on January 11 and next round will take place January 15.