Ranveer Singh and Janhvi Kapoor have something in common, Here's is a proof 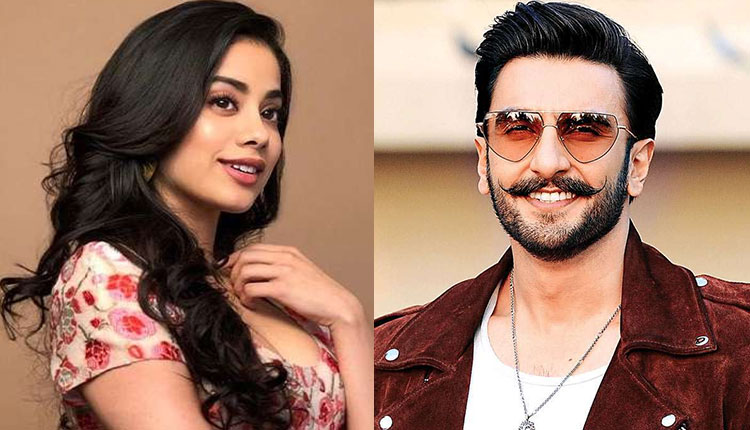 The newest diva in B-Town Janhvi Kapoor was recently spotted wearing a purple colour sweatshirt at her brother Arjun Kapoor’s house in Juhu. It is to be noted that the sweatshirt Janhvi Kapoor wore was exactly the same shirt which was donned by Bollywood actor Ranveer Singh. Yes, Did Janhvi Kapoor wear Ranveer’s sweatshirt or its coincidence both Janhvi and Ranveer snapped wearing the same outfit?

They may not have anything common but we have pictures of both the actors which connect them. Ranveer Singh was also spotted at Juhu. Alongside that sweatshirt, ‘Simmba’ actor also donned a grey cap and funky pair of sunglasses.

Janhvi was snapped wearing ripped jeans with a sweatshirt and a pair of sneakers. Well, it surely something you don’t get to see in Bollywood every day.

Check out Ranveer Singh and Janhvi Kapoor’s photos below:

Yeah it's too hot outside #ranveersingh snapped at Juhu

On the professional front, Ranveer Singh will next be seen in Kabir Khan’s ’83’, which is based on the life on former Indian cricketers, Kapil Dev and the 1983 World Cup winning cricket team. The shooting of the film will be extensively shot in London and Scotland and Ranveer was also seen prepping for the same with cricket coaches.