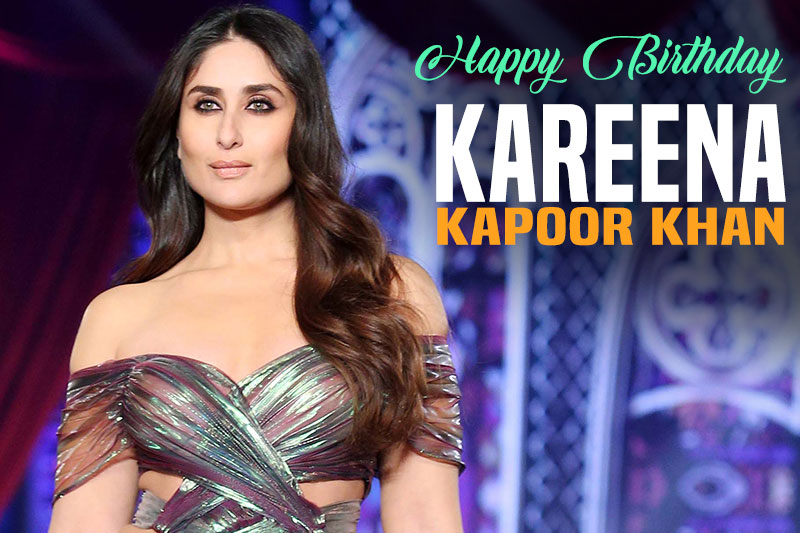 Kareena Kapoor Khan is not only the B-town’s favourite actor but also of the country’s. She is undoubtedly one of the top actresses of Bollywood. Be it Poo’s character in Kabhi Khushi Kabhi Gham or Geet’s character in Jab We Met, Kareena has slayed it all. Her acting prowess places her at the top of the charts. Kareena’s sister Karisma Kapoor and sister-in-law Soha Ali Khan shared glimpses from Kareena’s midnight birthday bash, which was attended by family members only.  Kareena’s actor husband Saif Ali Khan and Soha’s actor husband Kunal Kemmu along with Kareena and Karisma’s parents Randhir Kapoor and Babita and uncle Kunal Kapoor were spotted.

Karisma took to Instagram to wish her sister and wrote, “Happy birthday to the bestest sister ever.”

Kareena’s birthday cake was inspired by one of recent viral photoshoots for which she wore a black Gauri & Nainika gown. Have you seen this picture of Saif and Kareena from yesterday night?

Looks like the family had a lot of fun. Watch their birthday boomerang:

The Tashan actress wore denims paired with a statement tee  and looked the best and comfiest in the party outfit. On the work front, Kareena will be seen in Karan Johar directorial Takht which also stars Ranveer Singh, Alia Bhatt, Janhvi Kapoor, Vicky Kaushal and Bhumi Pednekar.