Kartik Aaryan no more a part of Aanand L Rai’s next? Director REACTS

Has Kartik Aaryan lost out on Aanand L Rai's next's film after Dostana 2 and Freddie? Director reacts to the rumors. 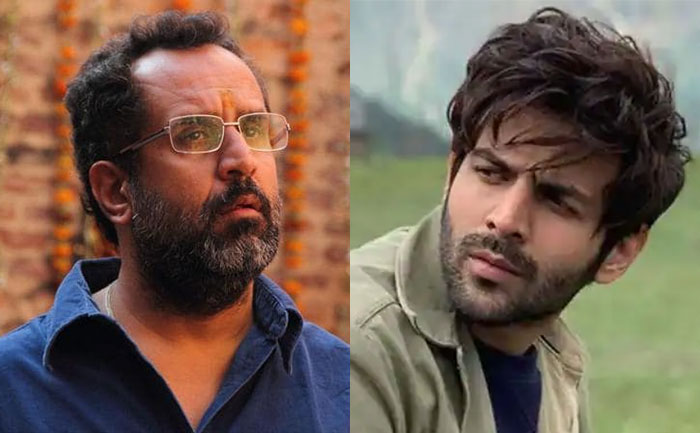 Earlier today, there were reports doing rounds on the internet stating that after Karan Johar’s ‘Dostana 2’ and ‘Freddie’ which is produced by Shah Rukh Khan’s Red Chillies Entertainment, Kartik Aaryan has lost out on Aanand L Rai’s yet-untitled production-a gangster film and Aanand’s assistant was set to direct it.

According to a report in Hindustan Times, “Kartik was in advanced level talks with Aanand, and had read the script and heard the narration, too. But, before he could sign on the dotted line, things fell apart.”

Now, the ‘Zero’ director has responded to the ongoing rumors. The spokesperson for Colour Yellow said in a statement. “These are baseless rumours. We’ve met Kartik for a different film and we are still talking. We have taken another film altogether to Ayushmann and this is a complete mix up.”

Aanand L Rai quoted to the Times Of India and said, “There are so many actors who come to meet me, but that does not mean that he or she has been signed for my film.”

As per the source, Anand is now considering Ayushmann Khurrana for this film with who he had earlier collaborated on 2017’s’Shubh Mangal Saavdhan’ and 2020’s ‘Shubh Mangal Zyada Saavdhan.’

On the work front, Kartik will be seen next in the upcoming thriller film ‘Dhamaka,’ which will release on Netflix and is the official remake of the 2014 film ‘The Terror Live.’ Next, he will be a part of ‘Bhool Bhulaiyaa 2’ along with Kiara Advani and Tabu.

ALSO READ: Kartik Aaryan To Be A Part Of Sajid Nadiadwala’s Next?

Twitter strives to comply with applicable laws in India: Spokesperson