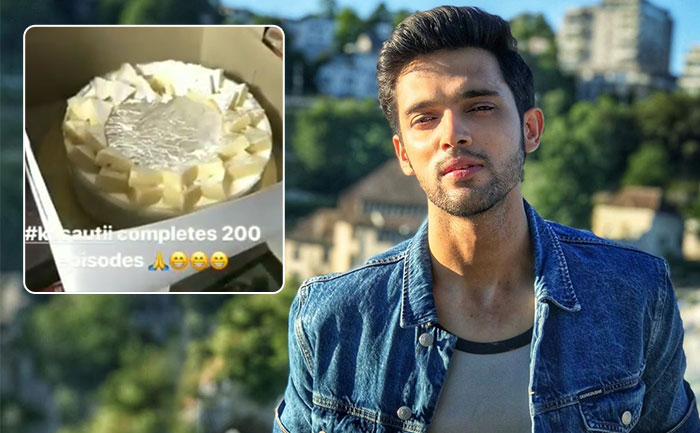 The show has had a superbly impressive audience and a progressive graph, in terms of the numbers secured. The storyline has kept the audience stuck on to the show and we all firmly believe that this is just the start.

The show has made a special place in the hearts of the viewers. With a huge number of the audience watching and fan following, the show has completed 200 episodes. The entire team including Samthaan aka Anurag, Erica Fernandes aka Prerna, Karan Singh Grover aka Bajaj, Pooja Banerjee aka Nivedita, Sahil Anand aka Anupam, Tarun Mahilani aka Ronit are extremely happy on this show reaching this milestone.

As per the current storyline, Kasautii Zindagii Kay is headed for a cliff hanger of a twist wherein the love story of Anurag and Prerna will not reach the ultimate new journey of marriage. Instead, Prerna will decide to sacrifice her love in order to save Anurag’s business and property as per the crying wish of Mohini (Shubhavi Choksey). The new promo was exciting for sure, with Anurag talking about the power of love, and Bajaj talking about how he destroys people by snatching away the most precious possession. And then come in Prerna, who is expected to hold Anurag’s hand but moves past him swiftly and holds Bajaj’s hand.

Recently, the team of the show returned from Switzerland, after shooting an important sequence.