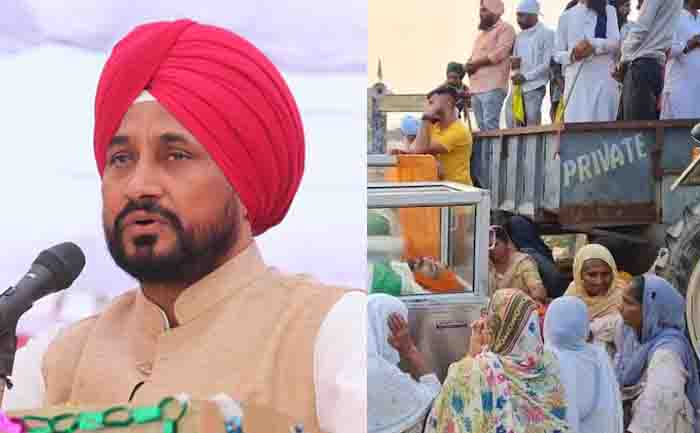 Eight people, including four farmers, were killed in UP’s Lakhimpur Kheri on Sunday. The shocking incident took place during a farmers protest. The Farmers outfits claim that a car used by Union Minister of State for Home Ajay Misra’s son Ashish ran over a group of protesters. Punjab CM is now seeking justice for the farmers in Lakhimpur violence.

Priyanka Gandhi who is under house arrest also tweeted,

She shared a video of the shocking incident that showcases a group of protesting farmers being mowed down by a grey SUV. Four farmers died in the incident, and four others died in subsequent protests.

Newly elected Punjab Chief Minister Charanjit Singh Channi and deputy Sukhjinder Singh Randhawa were also denied permission to visit Lakhimpur Kheri. On Monday Channi sent a memorandum to PM Modi through Governor Banwarilal Purohit. He urged the PM to impress the UP govt to take action and ensure justice for the victims. The CM also asked the PM to repeal the farm laws.

The opposition demanded the dismissal of Ajay Mishra as Union Minister of State for Home and the arrest of his son Asish. Bending to pressure the police have now registered an FIR against Ashish,

The Uttar Pradesh government has announced Rs 45 lakh each for the families of the deceased. A judicial committee headed by a senior judge will also probe the incident.

How To Watch Free Movies Online Legally On THESE Websites