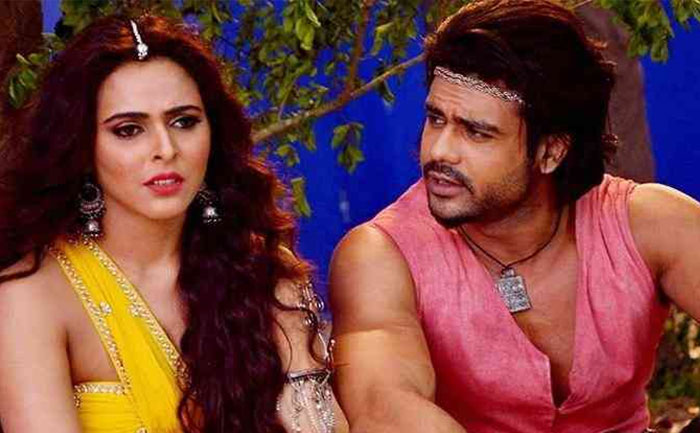 The Chandrakanta co-stars Vishal Aditya Singh and Madhurima Tuli are currently a part of the dance reality show, “Nach Baliye.”  The ex-couple has been making headlines for all the wrong reasons and the drama between them has been intensifying with each passing day.

Recently the ex-couple got into a fight on the show which led to the elimination of the couple. A video of ex-couple Madhurima Tuli and Vishal Aditya Singh went viral on social media.

In the video, Vishal and Madhurima get into a nasty fight during the show’s rehearsals on August 22 and the fight gets so serious that Madhurima ends up slapping Vishal in front of their entire choreography team. The video got a lot of attention and viewers are shocked to see the fight between the ex-couple.

The video shows Madhurima walking to the corner after the huge fight and when Vishal went behind her and approached her. She turned back and slapped him in the face. The reason behind the fight is yet to be unknown.

As per an interview with India Forums, Madhurima said, “I agree that discussing our private lives like this on a reality show is somewhere wrong on our part also because we have entered as a celebrity and washing our dirty laundry in public is not a good thing to do.”

When asked about the viral video where she can be seen slapping Vishal. She added,” Whatever happened, happened in the heat of the moment and was too private to be seen by the public.”

Madhurima Tuli and Vishal Singh broke up in 2018 and the two are not on good terms since then.