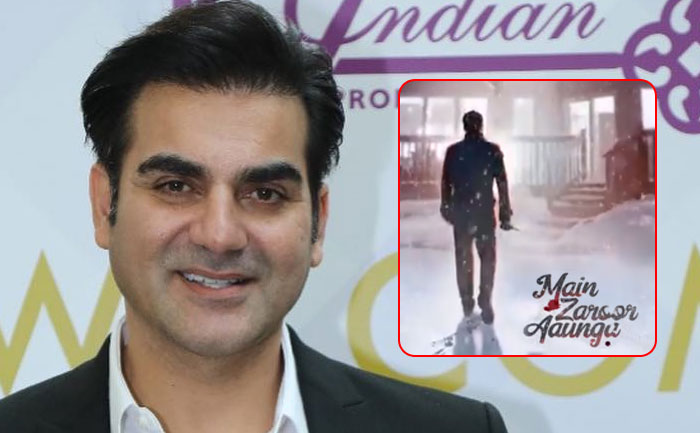 The makers of Main Zaroor Aaunga has finally dropped the motion poster of Arbaaz Khan’s horror film on Tuesday. The film is being directed by Chandrakant Singh, who has previously directed several Hindi films including Rama Rama Kya Hai Dramaaa and Bin Bulaye Baraati.

Check out the motion poster below:

Written by Dilip Shukla and directed by Prabhu Deva, Dabangg 3 features Salman Khan, Sonakshi Sinha, Arbaaz Khan and Mahie Gill reprising their roles from the previous film, while Sudeep Kiccha plays the antagonist. The film is all set to hit the theatreson on 20th December 2019.

Also Read: Salman Khan’s ‘Dabangg 3’ To Release In Tamil, Telugu And Kannada Too