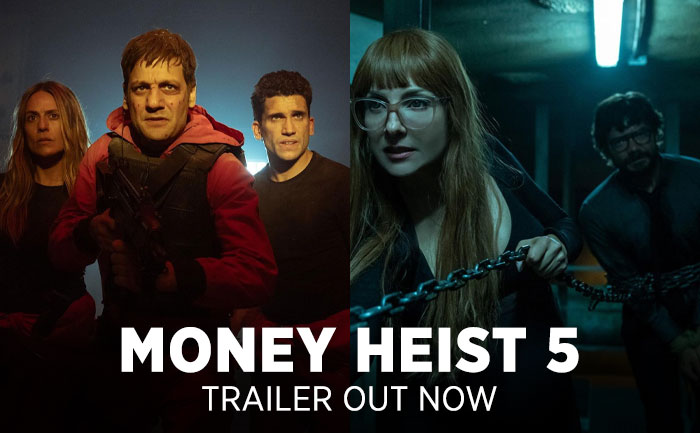 What began as a heist is now a war.#MoneyHeist Season 5 Volume 1 arrives September 3rd in English, Hindi, Tamil and Telugu. pic.twitter.com/2AO3Dyrml9

Here’s the official synopsis for Money Heist season 5, from Netflix: Professor’s gang is in a difficult position. For the first time, the Professor doesn’t have an escape route. The gang has been shut in the Bank of Spain for over 100 hours. They have managed to rescue Lisbon, but have lost one of their own. The Professor has been captured by Sierra and, for the first time, doesn’t have an escape plan. Just when it seems like nothing else could go wrong, an enemy comes on the scene that is much more powerful than any they’ve faced: the army. The end of the greatest heist in history is approaching, and what began as a robbery will turn into a war.”

Money Heist season 5 is set to be split into two volumes. Volume 1 is slated to land on September 3 with Volume 2 to arrive on Netflix on December 3. Each iteration will encompass five, one-hour long episodes.

Also Read: ‘Money Heist 5’ TEASER out, to release on THIS date

COVID-19: Maharashtra Relaxes Curbs, All You Need To Know

Suburban trains won’t be available immediately for all: Uddhav Thackeray